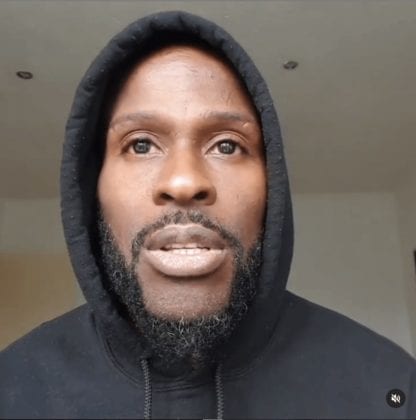 Rapper and former member of now defunct group, MoHits Record, Ikechukwu has shared his thoughts on reports of the Davido and Burna Boy clash in Ghana.

According to Ikechukwu, he cannot believe that Davido and Burna Boy exchanged blows and thinks it was incredulous that Wizkid was also drinking by the corner, unbothered. He also pointed out the lack of video evidence and asked for video footage to that effect saying both Davido and Burna are mature men and wouldn’t allow things to escalate regardless of intoxication. He called the news fake and blamed the reports on clout chasers.

Concluding on the matter, he then referenced the instance when he was falsely accused of beating up record label partner and part-owner, D’Banj, saying “abegi make pesin hear word with all these fake news, una wan dabaru person, una wan use pesin climb. Forgeti! Na so dem dey talk that year say me and D’Banj fight say I beat am put am for hospital over sake of say woman, abegi joor!”

What do you think of what Ikechukwu said?