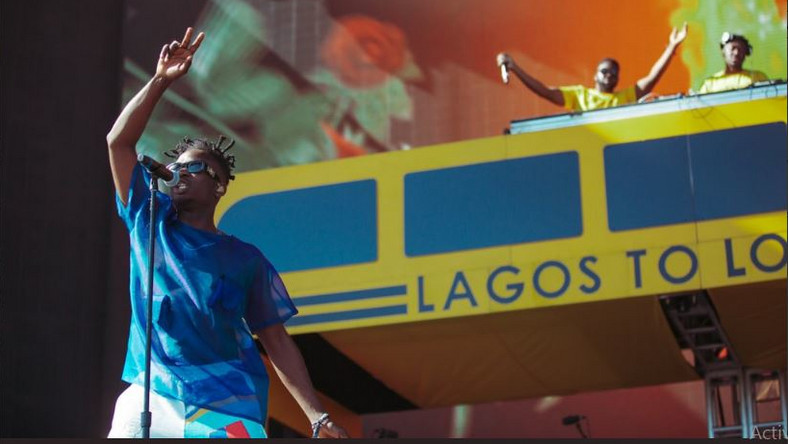 Coachella 2019 had two great artistes from Nigeria, Mr Eazi and Burna Boy. Burna had his performance on Monday while Mr Eazi performed on Sunday.

The promoter of the Banku sound started his performance with a great introduction that informed every African there that he is representing them at Coachella.

The video below shows the Leg Over singer at the beginning of his performance where he performed Major Lazer & Rudimental's Let me Live that features him and Anne Marie. This performance was skillfully pulled off with instrumentals and backup singers that melodiously flowed with Banku singer.

What is more thrilling is how Mr Eazi connecting with the crowd in Coachella. The call and response technique was very helpful in this connection and the crowd jumped happily to the beautiful African/Jamaican rhythm.