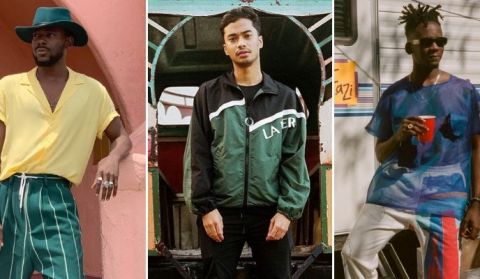 Haitian DJ and record producer, Michael Brun has revealed the reason behind his choice of artistes on his new album, Lokal, which dropped yesterday, 26th of June 2019.

In an interview with Ebro on Beat01, Michael Brun disclosed that the West African artistes he featured was a way for him to explore the versatile sound and mixed culture that is enriched in the Haiti culture.

Soundwise, what I wanted to show with this album is that Haiti is a mixed culture, mix sounds from West Africa, the Carribeans, Latin America, it's all interconnected. And so for this album, getting to work with Mr Eazi, Adekunle Gold, Major Lazer... it just made sense. This album took me three years to make and the reason it took me three years to make is because I did so much research looking into the history of my people and also of Haiti's contributions around the entire western hemisphere. If you look at Jazz in New Orleans, Haiti has a huge part in that..."

This new project doesn't just show the richness of the Haiti culture, it also shows the dexterity and talents of the Nigerian artistes featured.