Nigerian singer, Mayorkun has revealed that he got help from fellow singers, Chike and Zoro with the igbo lyrics in his new song with Flavour.

Mayorkun dropped the song, Feel Am with Flavour as part of his second album, Back In Office and fans noted that he was quite fluent with the igbo lyrics. The interview was shared via Youtube on Friday, the 29th of October. 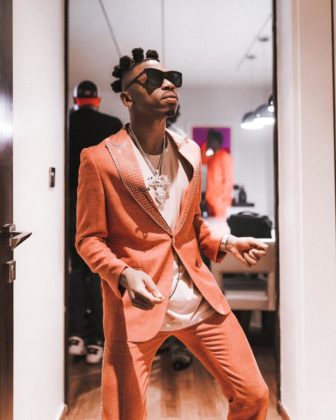 Mayorkun dropped his Back in Office album on Friday with recently released tracks like Let Me Know, Holy Father and the title track on the 12-track project. The featured acts on the album include Flavour, Gyakie, Joeboy, DJ Maphorisa, and Victony. The song with Flavour titled Feel Am caught a lot of people's attention because the singer made use of igbo lyrics and quite fluently too given he is of full Yoruba background.

Speaking during his recent interview with Cool FM, Mayorkun revealed the song with Flavour was the most difficult to make because he had to fine-tune his Igbo for the lyrics. He disclosed that he had to put a call through to Chike and Zoro to help him perfect the language.