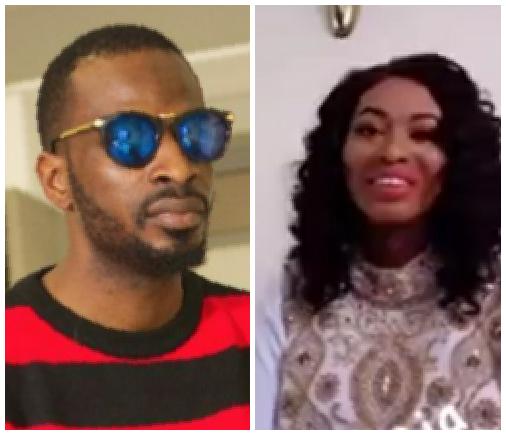 9ice’s traditional marriage over the weekend has the internet talking as people wonder why and how a wedding ceremony will be conducted through the internet, in this case, Skype.

The Alapomeji crooner on Sunday the 26th of August got married for the second time to his U.S based fiancee, Adetola, who is an Engineer and businesswoman through a visual electronic medium, Skype in Badagry, Lagos.

The ceremony was a traditional one and since the bride could not make it down from the state, it was conducted online. According to the unknown source that leaked the video, phones and any recording device had been banned from the occasion but how the video released was leaked is yet unknown.

In the video released, 9ice’s fiancee dressed up in an embroidered white kimono dress expressed her love for the Living thing singer, stating that while it is rare to find that person that completes you, ensure you treasure each moment with them when you find them. Read her statement below;

Today, August 26th, 2018, I think i’m probably the happiest person on Gods planet earth at 2 am in the morning. It’s my traditional engagement ceremony, although i’m not able to be there today, but it’s a day filled with love, family and all that really matters. I am getting traditional married to my best friend, companion, confidant, partner in crime, the love of my life, my husband, I could go on and on. he’s amazing, I mean, he’s my everything. It’s truly rare to find someone who completes you and when you do, I feel it’s very important to treasure each moment with them because memories are created and memories are eternal, they last forever. I mean, looking back, we’ve stuck with each other through thick and thin, through good days and bad days…

Social media users who came across this video couldn’t keep their comments to themselves as they express hilarious concerns. While some wish the marriage well, others express beliefs that the wedding might crash via voice note, but if there is one thing everyone couldn’t help but agree on, it’s the fact that 9ice has introduced E-Wedding into the Nigerian system. He hasn’t said a word since the news broke out and we look forward to his statement, if any will be made at all. 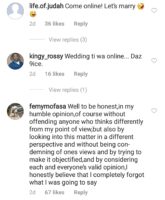