Nigerian singer, Maleek Berry has shared new photos of his new farm in Ogun State, describing it as one of his dreams turned to reality.

Maleek Berry shared photos of his new farm via his Twitter page and revealed that it was based in Ijebu, Ogun State. He shared the pictures on Sunday, the 1st of August 2021. 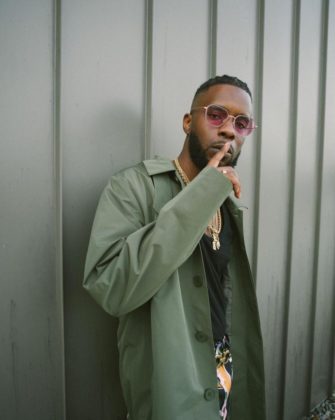 The singer who has been teasing a comeback to music for some time now has been in Nigeria for a while now. Fulfilling one of his dreams, Maleek Berry has now taken possession of a new farm of himself in Isiwo, Ijebu area of Ogun State. He writes;

Forever turning dreams to reality! If the vision/dream doesn’t scare you, then it’s not big enough!! 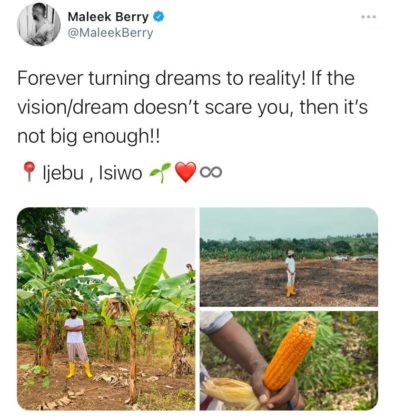 READ ALSO: Maleek Berry renders the video for 'Far Away', off the Isolation Room EP

Maleek Berry's last project, Isolation Room dropped last year. The project gave us the song, Far Away whose video also dropped last year, the last time the singer released anything for his fans.

Another song we got from Isolation Room, Free Your Mind is relatively upbeat compared to the other six songs on the tape. More so, it features an electric production that calls to mind the shake-shake vibe of the Highlife sound, blending perfectly with the cool of Berry's vocals.

SEE THE PHOTOS BELOW: 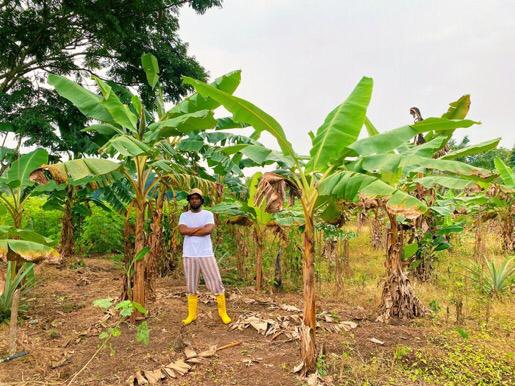 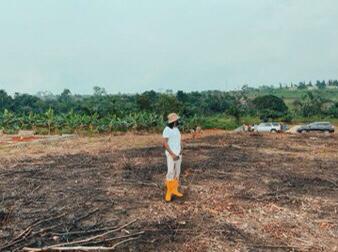 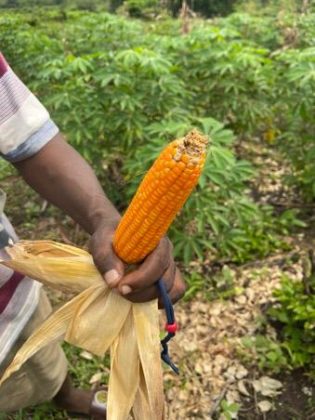