Made Kuti Shares Exciting News About the Recording Academy | READ

Made Kuti has announced his entry into the Recording Academy's class of 2021, with a post shared via his Instagram stories today.

Made Kuti who is the descendant of afrobeats pioneer, Fela Anikulapo-Kuti disclosed that he had joined the Recording Academy with the class of 2021. He shared this via his Instagram page on Thursday, the 26th of August 2021. 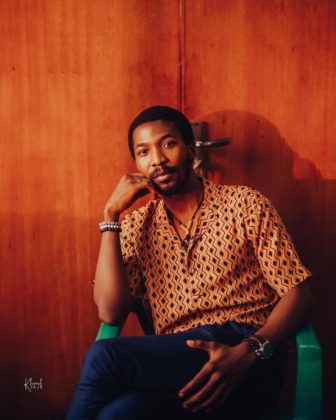 Made Kuti shared the photo of his confirmation into the Academy. It read that he had been inducted into the Recording Academy for this year. He wrote;

Humbled to be a voting member of @recordingacademy class of 2021.
Looking forward to contributing as positively and progressively as possible💪🏿❤️

Made Kuti is however not the only Nigerian on the Recording Academy class of 2021. Afro-house queen, Niniola has also joined the prestigious academy this year. As she wrote when she joined;

As part of the new @recordingacademy member class, I’m honored to have an opportunity to celebrate, represent, and give back to the music and its creators. #WeAreMusic 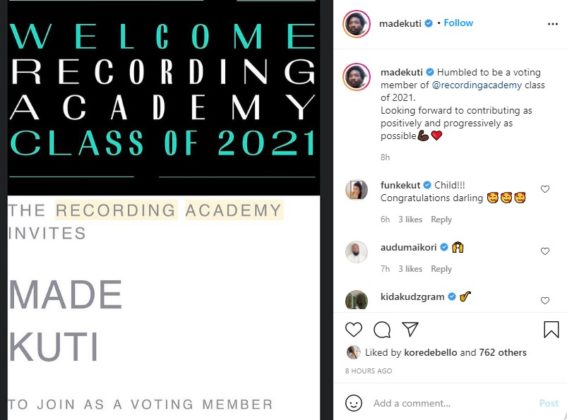