M.I Abaga Reveals How He Missed Out on Signing Oxlade | WATCH 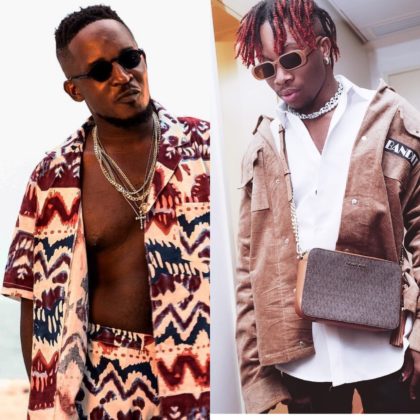 M.I was the guest on Beat FM's Midday Show on Friday, the 11th of June 2021. Letting the interviewer more into his relationship with Oxlade, the rapper revealed that he almost signed him. He disclosed that it was briefly after he signed rapper, Blaqbonez who was a close friend to the singer. He said;

I signed Blaqbonez in 2016 or 17. As soon as he came, he said Yo, Oxlade. I think we had a meeting. On the way to the meeting, I saw Bizzle post "The Plug with Ox". You know industry, there's mutual respect and guidelines. I just said ah! Another one bites the dust. He's just so good and it's been amazing to see him grow and blossom.

M.I Abaga recently featured Oxlade on a single titled, "All My Life" which got very good reviews. Before that, Oxlade has featured on a song with Ice Prince, M.I good friend and former label mate on "Kolo".