M.I Abaga Has This To Say On D'banj & Seyitan's Rape Case

Nigerian rapper, M.I Abaga has reacted to the rape case of D'banj and Seyitan which has been trending for the past two days on the internet. 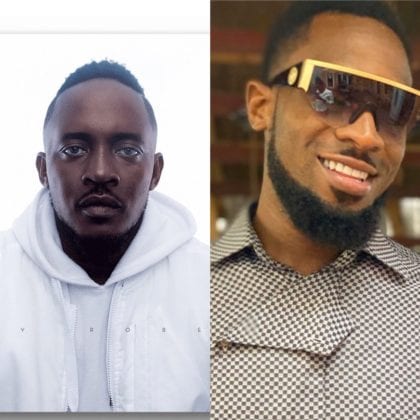 Speaking on the issue, M.I Abaga commended Twitter users who have been actively involved, stating that it is important that people work together to tear down the society that violates the right of women and young girls.

He also addressed the issue of abuse of power, condemning it by stating that "any abuse of power and authority cannot be accepted in this regard..."

To M.I Abaga, speaking up on D'banj's rape case with Seyitan is his own way of "not being a part of a system that tells women to shut up and don't say anything".

Read his full statement on the Rape Case

According to reports, D'banj who released a statement to sue Seyitan with a 100Million Niara lawsuit allegedly arrested and detained her in the police station, a claim he did not confess to, but sources on the internet who spoke to Seyitan sais this;

I just spoke to @seyitannn_ . She’s ok now. She was arrested and had all her things seized & left in a cell with criminals. D’banj’ team pressured her into those tweets & threatened to leave her in prison if she didn’t recant the allegation. 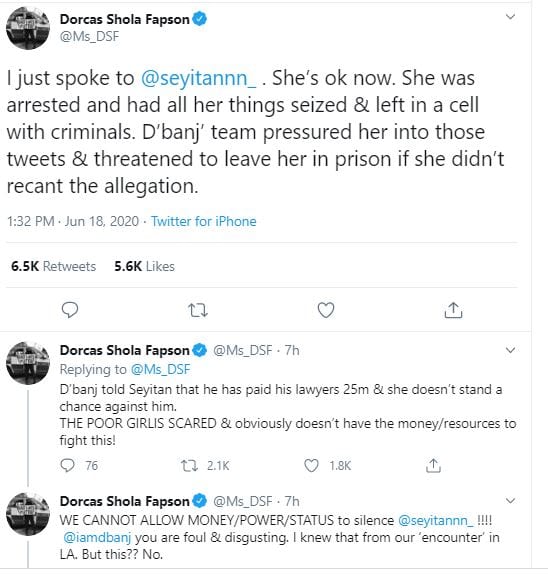