Nigerian singer, Lyta has finally reunited with his son and his baby mama, Kemi Ayorinde bringing a close to their messy online fight.

Lyta‘s baby mama, Kemi Ayorinde shared videos of the singer with their son on their return to Lagos to be with him. The videos were shared via her Instagram story on Monday, the 20th of September 2021. 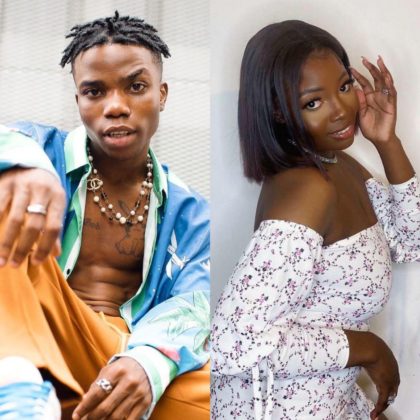 Lyta who is signed to Naira Marley-owned record label, Marlian Music became a Twitter trend on the 19th of May after his baby mama, Kemi Ayorinde, mother to their baby, Aari, took to her Instastory to wax hot about some of the singer’s purported incompetencies as a father.

The vexed mum shared her grievances with Lyta in a series of penned posts.

READ ALSO: Here is Why Lyta and his Baby Mama Are Trending on the Blue Bird App

However, Lyta seems to have reconciled with his Baby Mama as she has now moved to Lagos with their son to be with him. She shared videos of an apartment where she’ll be staying for the next month. Kemi also expressed her happiness at being reunited with Lyta and their son. She wrote;

I am overwhelmed by all the messaged y’all are sending. My DM is beyond full. Thank you. I’m still emotional. I’m still crying. Still don’t feel real yet even tho they both laying on the same bed sleeping in front of me here. This is all I ever wanted