Romantic smash hit, Know You by rapper, Ladipoe featuring Simi, has gotten the award for best collaboration at the #14thHeadies being televised virtually on the 21st of February 2021.

ALSO READ: Badboy Timz is The Rookie of the Year on the 14th Headies 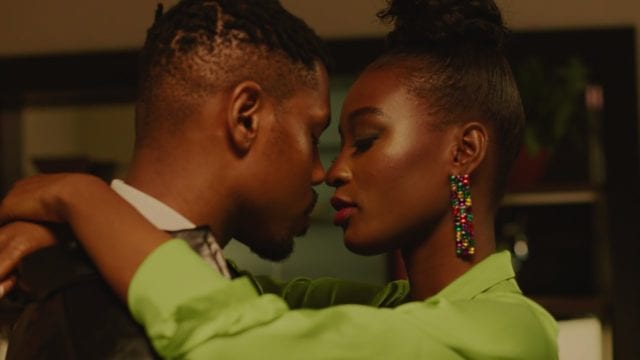 Dedicating the award to his late aunty, Funmilayo Esho, who believed in him, Ladipoe also thanked his fans while acknowledging other nominated artistes in the category he won. Before cinching the award, Know You was nominated alongside Nobody by DJ Neptune ft. Joeboy and Mr Eazi, Sweet in the Middle by Davido ft. Naira Marley, Zlatan and Wurld, Don’t Call Me Back by Joeboy and Mr Eazi and Get the Info by Phyno, Falz and Phenom.

Congratulations to Ladipoe and Simi on their #14thHeadies win for Know You.