Larry Gaaga might have another smash hit on his hands with his new single Edegede as the music video is now trending at no. 1 on Youtube.

Larry Gaaga featured Flavour, Phyno, and the legendary Theresa Onuorah on Edegede whose music video is now the top trending video on Youtube. This was shared on Monday, the 25th of October 2021. 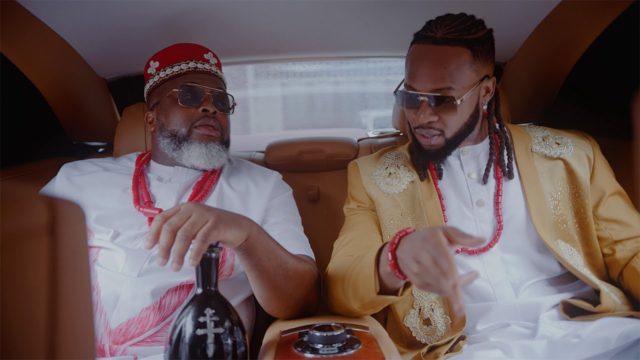 It's a total South Eastern connection as Nigerian veteran acts Flavour, Phyno and Theresa Onuorah assisted Larry Gaaga on his latest offering titled Egedege. The record was complimented with a befitting music video, directed by Unlimited LA. Produced by heavyweight music producer Masterkraft, the highlife joint Egedege will serve as Larry Gaaga's first official single for 2021. It is a follow-up to his star-studded soundtrack album for the Netflix movie, Nneka (The Pretty Serpent).

In addition to becoming the no 1 trending video on Youtube, Larry Gaaga's Edegede has also broken into the top 10 on the Nigerian Apple Music chart. This is a testament to the love the song has gotten since its release, especially from the eastern folk. Larry Gaaga wrote on his Instagram page; 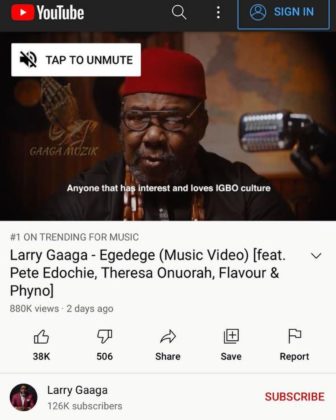