Nigerian singer, Kizz Daniel has disclosed that he recently bought two new homes, each one for his two newborn sons, Jamal and Jalil who were born on his 27th birthday in May.

The singer revealed this with a post via his Instagram page on Thursday, the 15th of July 2021. Kizz Daniel shared photos of himself with two boys, along with a picture of their sonogram and contracts for their new homes. The new properties are 2-bedroom luxury penthouses located at the Woodland Estate in Lekki. 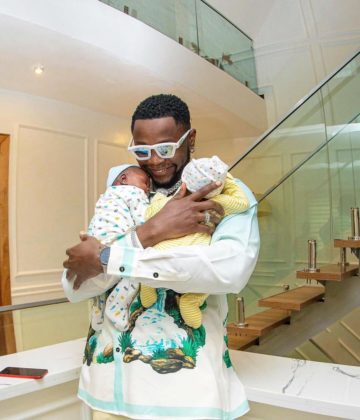 Kizz Daniel also revealed that he initially gave birth to triplets, who he names Jamal, Jalil, and Jelani. However, Jelani died four days after their birth leaving Jamal and Jalil as the singer's twin boys. On buying new homes for his boys, Kizz Daniel wrote;

GOD blessed me with 3 boys a while back 🙏🏽 JAMAL, JALIL and JELANI (triplets). 4 days after i lost JAMAL. Nevertheless, I made a promise to him that I’ll be the best father in the whole galaxy to his brothers..... Congrats to the latest Home owners in town , Jelani and Jalil ❤️ My first gift to my sons 🥰 #Okunrinmeta

The singer welcomed his twin boys on the 1st of May, 2021 on the occasion of his 27th birthday. Kizz Daniel has now gone further to buy new homes for his boys, a wise decision to get some assets in their name early, so they start on the right foot in life. When they were born, he wrote;

There is no better way to celebrate my birthday, than announcing the arrival of my sons... Jelani & Jalil ❤️