It was a surprising news for Nigerians to see online that one of their favorite artistes, Kiss Daniel, is wanted by the Nigerian police force.

This announcement was made to a lot of people’s surprise on Instagram where the Zonal P.R.O, (SP) Dolapo Badmos left a message on Kiss Daniel’s page informing the artiste that he is wanted. 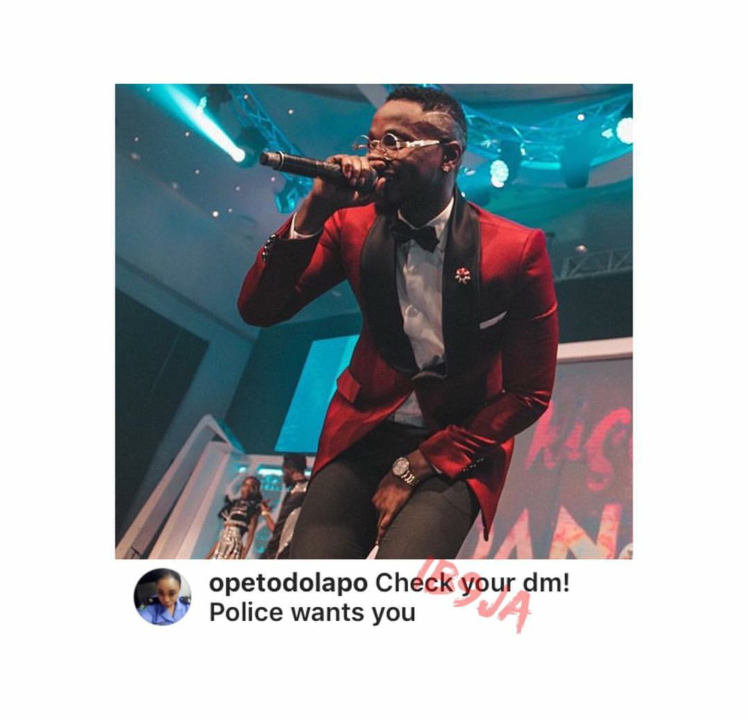 While the reason for this search was not stated with the message, a lot of people consider it to be very unprofessional because even though the world is going technological, the affairs of the state should still remain as professional, hence there’s a better way to deliver such information than via Direct Message on Instagram and definitely not to announce it on the comment section but to some, the police woman was just shooting her shot… Naija sha!

With speculations going around, Kiss Daniel has posted his conversation with the Police officer, informing fans that the reason for such message is for him to come perform in an upcoming concert rather than what some people have in mind which is official interrogation. 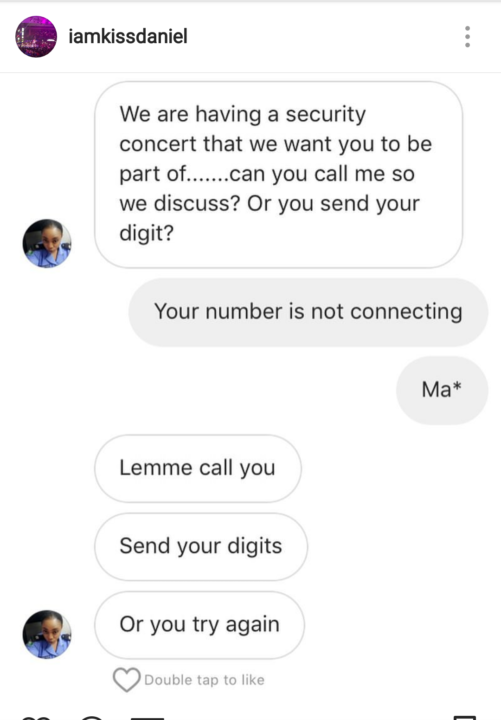 According to Kiss Daniel …”Farabale!”