Nigerian superstar, Wizkid continued his Made in Lagos tour with a show in Los Angeles which was attended by stars like Kevin Hart, Wiz Khalifa, and Ben Simmons.

Wizkid held the Los Angeles leg of his Made in Lagos tour at the Wiltern Theatre with hometown heroes, Kevin Hart and Wiz Khalifa in attendance. The show was held on Saturday, the 25th of September 2021. 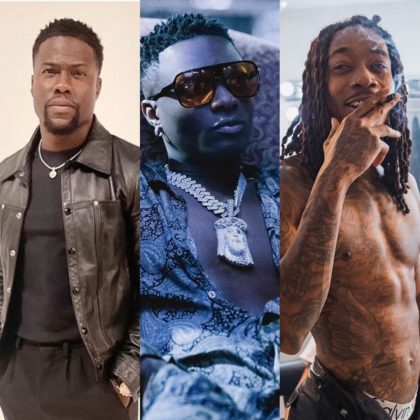 On Friday, Wizkid performed at the Afronation show alongside Rema in Las Vegas last night as part of his ongoing Made in Lagos tour. The singer has been on the tour for weeks and has touched cities like Maryland, Brooklyn, Chicago, Boston, and Denver.

Kevin Hart and Wiz Khalifa were captured on video at Wizkid's Los Angeles show and so was NBA Player, Ben Simmons. Wizkid's stock has risen rapidly in the United States after the unprecedented success of his Made in Lagos album. The album housed the global smash hit, Essence which featured his compatriot, Tems. It has also gotten a remix treatment from none other than America's own sweetheart, Justin Bieber.