Right-winger for Borussia Dortmund and England, Jando Sancho gave  Omah Lay's "Bad Influence " more traction by playing it to English musicians and entertainers, YungFilly and Chunkz, and their reactions were priceless! 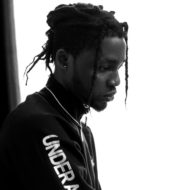 This was during the 'Guess The Song' show posted on the 4th of October, 2020 where the entertainers had to guess the songs played by the English player who played Bad Influence was among the sing in his rich catalogue.

The beautiful thing about the video is the reactions of both hosts as they enjoyed every bit of the song, making lovers of the song enjoy it in a new way.