"I've lost every symptom of respect I have for you" - Yung6ix To M.I Abaga 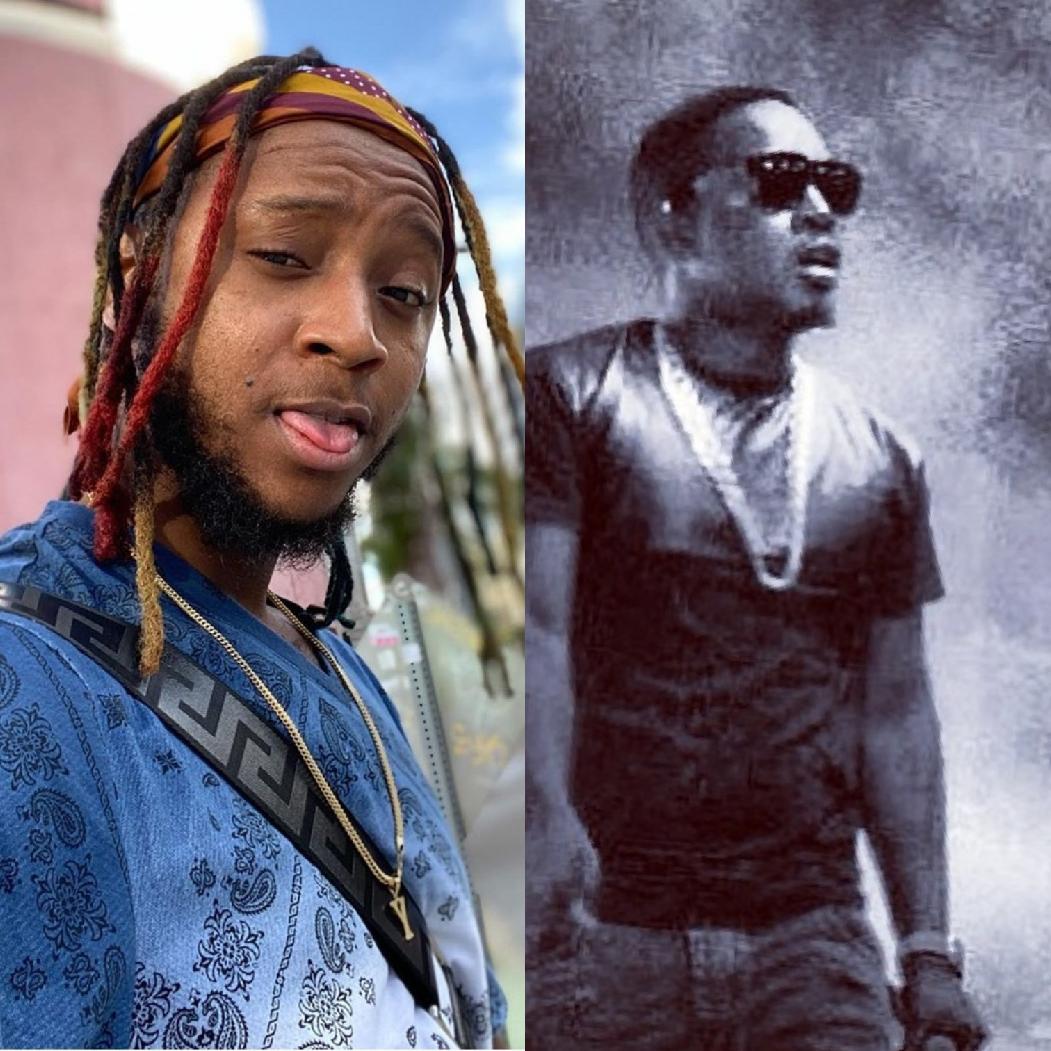 Yung6ix has called out Mr Abaga for not being supportive to him even after recording to a song with him, announcing that he has lost every ounce of respect for Mr. Incredible

Y6ix has expressed himself in a series of tweets stating that M.I Abaga, although state publicly that is a fan of his, don't support him. According to Yung6ix, Abaga's public show of love and support is only "political" and has never translated to actual support. He went further to state that even when they recorded a song together, M.I did not promote the song on his personal social media profile.

Responding to social media users who are saying that 6ix is chasing clout, Yung6ix responded that he has been silent all these while, while Abaga sends his series of "unblown artists to diss me..."

Read the tweets "Yung6ix to Mr Abaga" below 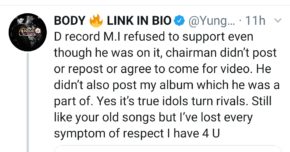 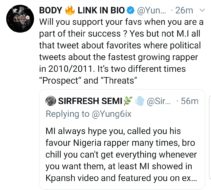 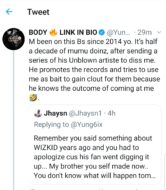 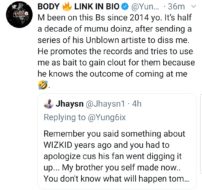 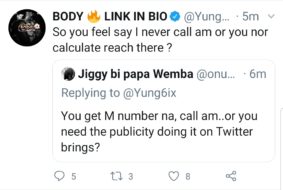