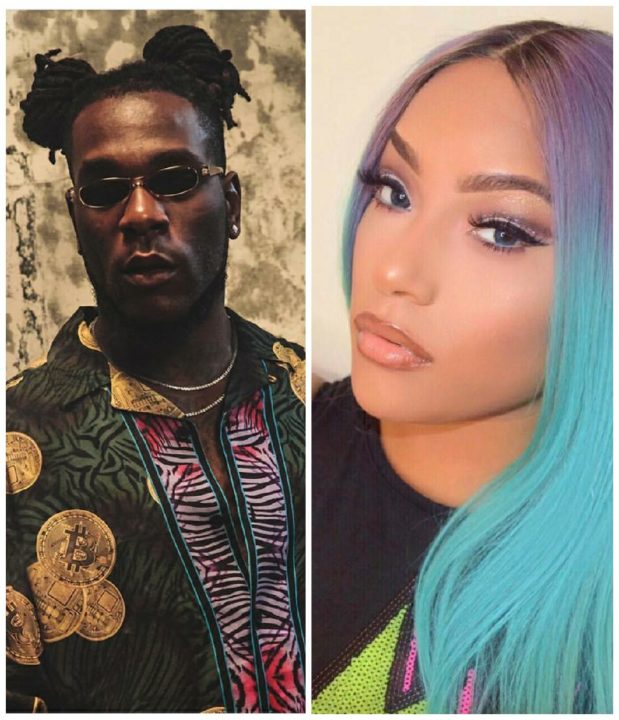 A video just made its way to social media via Burna Boy's Instastory on Monday, 11th of February and it is a brief video of the Ye singer seen with British rapper, Stefflon Don sleeping peacefully on his chest... how cute!

The video was posted by the singer some minutes after it was later taken down and it came with one of the emojis popularly used to express love ?. Although Burna Boy did not mention anything other than the emoji on the video, we can only assume they're dating but then if so, why delete the video after posting? Guess we'll never know until the Burna gives a statement concerning the issue.

It's a love story for Burna Boy and Stefflon Don? ???❣? did you see that coming?#Burnaboy#stefflondon#NotJustOk pic.twitter.com/jaMs61Lumk

Reactions have followed this video since its release as people wonder how they missed any sign that might have suggested that and hail Burna for finding love with the British rapper.

So when Burna Boy Said He is the Don Gorgon, he was referring to Stefflon Don pic.twitter.com/AVCTGjkSza

You guys finally know about the Burna Boy, Stefflondon romance.

Cue in the jokes about "when the Gbedu dey enter body..."

Burna moving like one of them niggaz he defoooooo snapped her just to ruin her market. LMAOOOOI

I won't be surprised... Oluwa Gbona