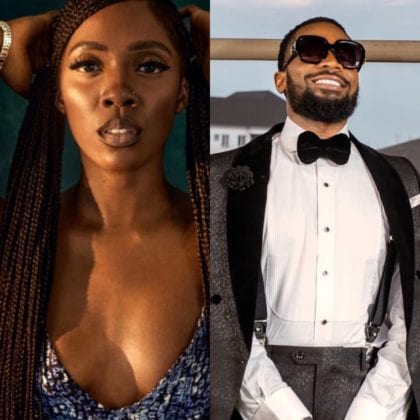 Social media has been calling on celebrities all day to speak on the ongoing rape issue between D'banj and Seyitan and Tiwa Savage has finally reacted.

Speaking on the issue via Twitter, Tiwa Savage, reaffirmed her stand against rape and encouraged victims of sexual abuse to always speak their truth.

She went further to state that as heartbreaking as the issue is, the guilty party in the D'banj and Seyitan's case should face the full extent of the law. 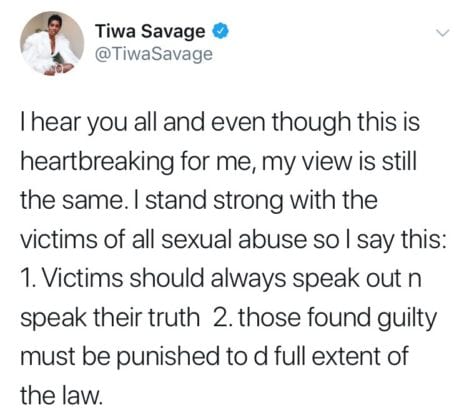