Bose Ogulu, mother and manager of Nigerian Grammy award winning singer Damini Ogulu, popularly known as Burna Boy, has made it clear that she doesn’t mind that her son is considered to be arrogant by most people. 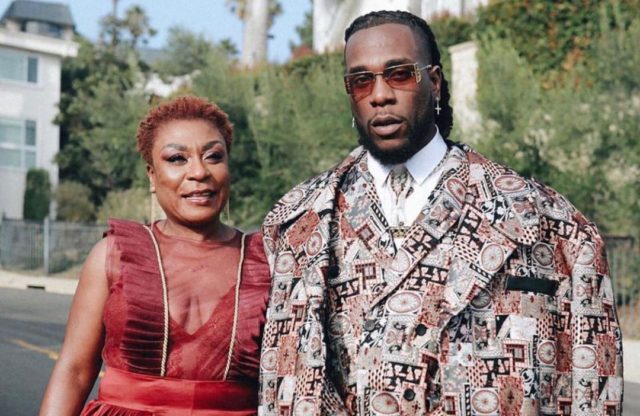 Speaking with prolific host and media personality Ebuka Obi-Uchendu on Channels TV talk show “Rubbin’ Mind”, when asked if she had an issue with the fact that people say her son and even her are arrogant, she merely replied that she doesn’t have an issue with it.

According to her, being arrogant is positive as it connotes a person realizing their self worth. She, however, stated that pride is where the line is drawn for her.

See the video below