Following the wonderful parade we had last week, the heat continues to build up as Hennessy 2021 Cyphers delivers new artists for the week, here they are: 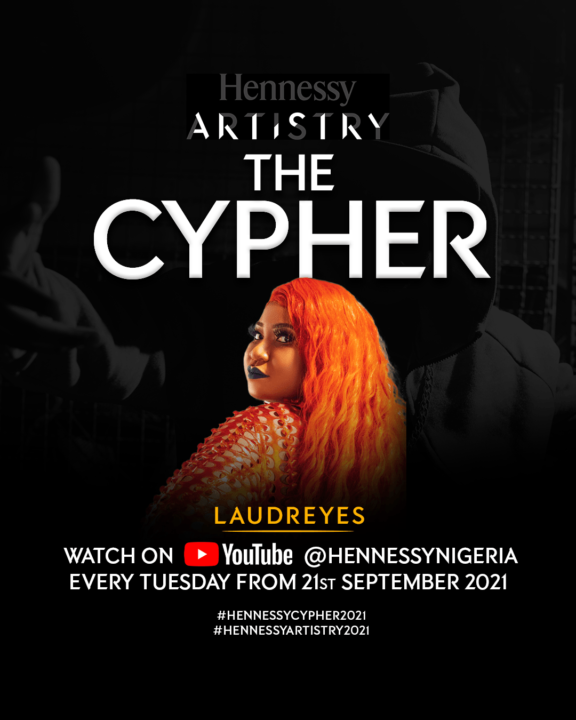 Laud Reyes is a fast-rising rapper, singer, and songwriter from Bayelsa state, Nigeria. She won the 2019 Hennessy Artistry VS Class. Laud Reyes began displaying her ability for music at an extremely young age, and often used summer breaks to work on her craft. She began her career at a young age participating in different church activities, including music and drama. This influenced her enthusiasm for music. She began her career as a rapper while in university with the alias Laud Reyes; the word Reyes means Royalty in Spanish, which is a language she can actually speak. She has worked with various artists like Vector, KingPells, Denle, IC Omoallen, and PapiGunzo. Her songs include ‘Fake’ which she recorded in 2017, and ‘Applaud the Queen’ EP which she released in the same year.

We are looking forward to seeing her bring the heat on this year’s Hennessy Artistry Cypher! 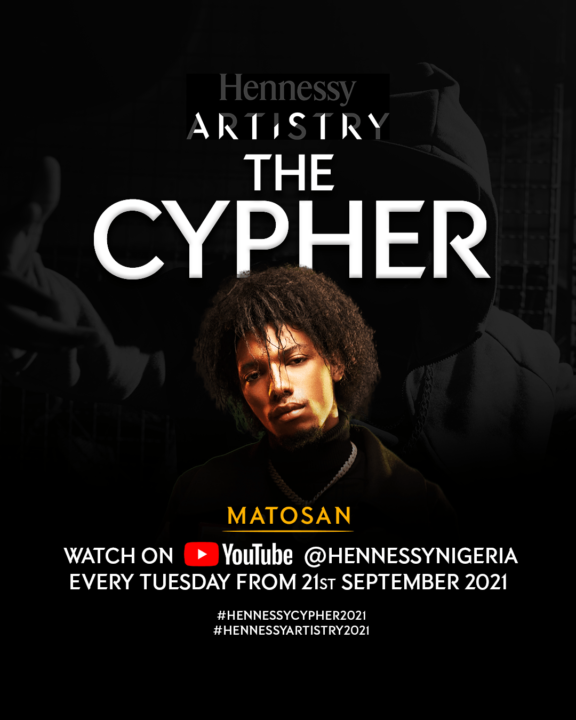 Matosan Nelson is a rapper, songwriter, and creative artist. He was crowned the winner of the Hennessy Artistry VS Class Season 7. He started making music professionally at age 14 and quickly became a force to be reckoned with. Inspired by Lil Wayne, His style of rap is fluid & dynamic. When he isn’t making music, he can be found creating visually stimulating pieces with his other passion, painting. According to him, painting has taught him patience, and as an art, has influenced his music-making process. He believes both creative worlds collide because art and music are about creating pictures in your mind that can be seen and felt by people, and this is what makes music beautiful to him. Matosan aspires to become a global superstar and will be releasing an EP before the end of the year.

This heightens our anticipation for his performance at the Hennessy Artistry Cypher! 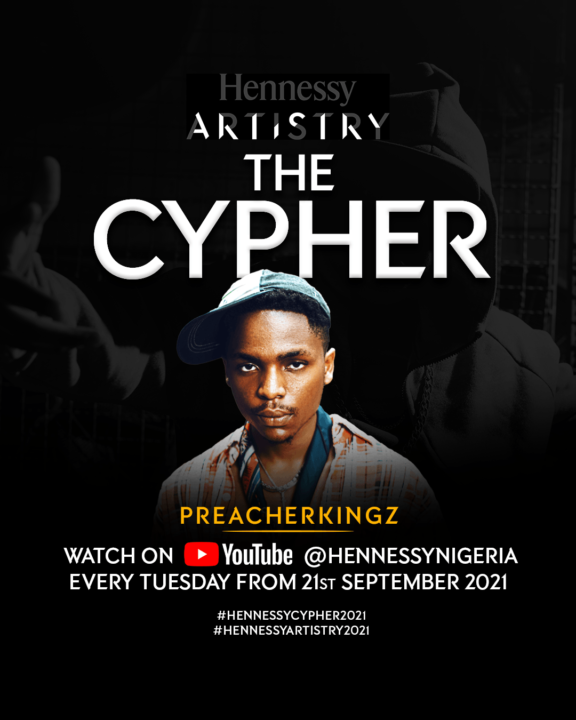 Preacher Kingz, a.k.a The Beginning of the Future, is an artiste whose artistry comprises of rapping and singing. He was the first runner up at the 2019 Hennessy Artistry VS Class. An avid social media content creator, he regularly engages his fans with short videos and covers. His influences include J.Cole, Ladipoe, Drake, M.I, Vector and Kendrick Lamar. His music style combines Popular culture and social consciousness. He currently has an E.P out titled “Peer pressure” which touches on youth experience and the impact of peer pressure.

Preacher Kingz is definitely one to look out for on the Hennessy Artistry Cypher! 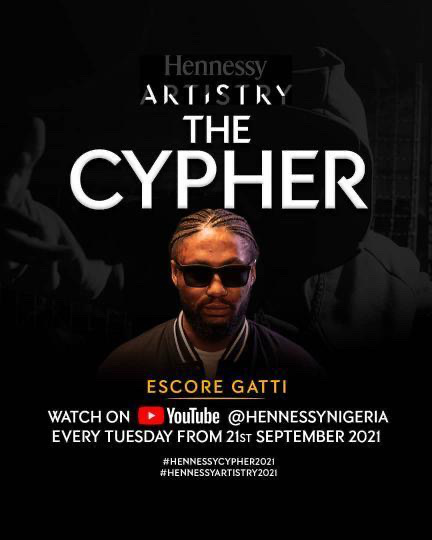 Offiong Asuquo, who goes by the stage name, Escore Gatti was born and bred in the Warri, Delta State. Escore Gatti began his Rap journey at a very young age listening to Eminem, Jay-Z, Vector, M.I, Olamide Phyno, Lil Wayne, and Rick Ross. Escore Gatti had his first stint at the 2018 Hennessy Artistry VS Class audition. Undeterred, he returned to Audition for the 2020 Hennessy Artistry VS Class, where he qualified and made it as first runner up. When he is not making music, he enjoys working out, watching sitcoms, and playing video games. His most recent piece of work is a remix of the hit song “Whoopty”. He plans to release his first official body of work this year, promising us at least 5 tracks.

You can be sure that Escore Gatti is going HAM on this year’s Hennessy Artistry Cypher!

The Cyphers will run over a 3-week period and will air on YouTube @HennessyNigeria every Tuesday from September 21st. You can also catch the Hennessy Cyphers on Trace Naija, DSTV channel 325. 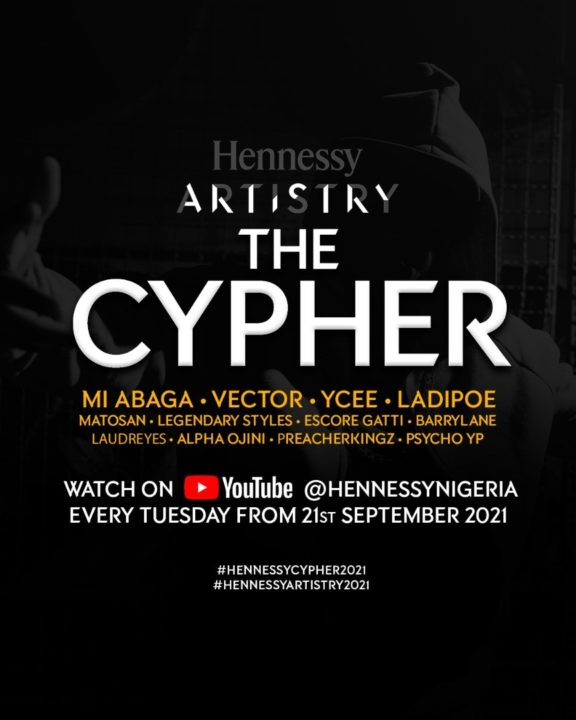