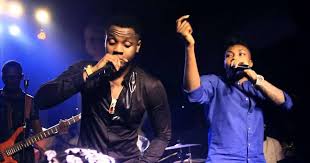 After the reactions that followed Harrysong's new version of his last track, Selense, which feature Dice Ailes and Iyanya, the singer has released a statement that contrary to people's belief, he didn't change the artistes on his new version of 'Selense' because of Kizz Daniel, who in the song stated that he is the biggest artiste in the country. That didn't matter to Harrysong. Rather, the change was made because of a bigger issue.

According to this statement, the new Selense, which is the video, did not come up because of any truth in that reaction rather it was because of an issue concerning the two artistes on the first release, Reekado Banks, and Kizz Daniel, stating that Kizz Daniel wasn't making it easy for Harrysong's crew.

Harrysong who spoke through his manager, Desmond Ike stated that;

“It wasn’t about what Kizz Daniel said on the song; there is nothing out of place about it. When you do something with people and they don’t make it easy for you, you have to look for a way to sort yourself out. Harrysong originally did the song with Reekado Banks and Kizz Daniel but at a point, Daniel said he didn’t want to star in the video because Reekado would be in it. He said he didn’t want to have anything to do with Reekado. We tried to sort out the issue between both of them so that we could shoot the video but Daniel refused vehemently; he didn’t want any reconciliation. Because of that, we decided to do another version of the song with Iyanya and Dice Ailes. Kizz Daniel was just being arrogant about the whole thing and behaving like he is a demigod.” 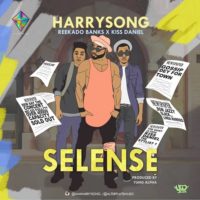 The manager stated that Harrysong and his team had no previous knowledge of the beef between Kizz Daniel and Reekado Banks as the artistes have recorded their part of the song differently. They were only tipped when Kizz Daniel refused to be on the same song as Reekado without stating the real issue.

“We don’t really know the issue between them but it must be a long-standing feud. He said he didn’t want to be on any song that Reekado was featured on. He refused all our entreaties.”

“They recorded their verses separately. The moment he realized that Banks was on the song was when he started saying he didn’t want to be a part of it anymore. We initially thought it was something we could resolve amicably as friends in the industry but Daniel insisted that he didn’t want to be part of it. He frustrated every move to reconcile them. Kizz Daniel even made the song to be pulled from iTunes, claiming that he did not give his consent for his voice to be used; that was how far he went. We had no choice but to look for a way out.”

The manager, Ike revealed that they have tried all they could but Kizz Daniel hasn't bulged hence they have moved on with Iyanya and Dice Ailes and are grateful that the new song is making the kind success it is making.

“Right now, the song is doing very well on the charts. That shows that no one is indispensable. Everybody likes the new version. We have done all we were supposed to do and we have moved on. We cannot beg Daniel because Harrysong is bigger than all that,”

From this information, we have deduced that there is bad blood between Kizz Daniel and Reekado Banks that was never in the limelight and while we do not have information on that yet, we will certainly update you for more once gotten.