Ghanaian DJ and music producer, GuiltyBeatz has announced a new publishing deal with Sony Music UK via a recent post on his Instagram page.

GuiltyBeatz who is signed to Mr Eazi's Empawa outfit will not see his works published in the UK by Sony Music. He shared this via Instagram on Monday, the 16th of August 2021. 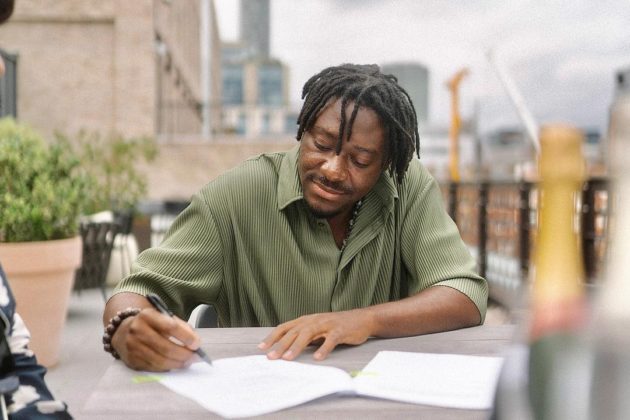 Announcing the new deal, GuiltyBeatz did not forget to give thanks to God, declaring that he was super excited to join the team and can't wait to get started. In his words;

hey guys! i’m super excited to announce that i’m officially part of @sonymusicpubuk Family
the next phase of this journey has been unlocked 🥂 Glory to the most high!!! 📸 @benankobiah

READ ALSO: Jorja Smith Shares New Single With GuiltyBeatz "All of This" | WATCH

GuiltyBeatz' new publishing deal with Sony Music is coming after his recent collaboration with UK singer Jorja Smith, All of This. Jorja Smith spoke about how she met GuiltyBeatz and how the song was made;

I met [Guilty] when I went over to Port Antonio in Jamaica for a writing camp in 2019. He’s so wonderful to work with and when we initially started the song, it was more a fall to the floor type beat.