Nigerian singer, Gabbytane has teamed up with Joeboy on a new single titled Broken, a tale about the negative aspect of love and relationships.

Gabbytane unveils a melodious new single titled Broken which features another Nigerian singer, Joeboy. The song was released on Saturday, the 20th of November 2021. 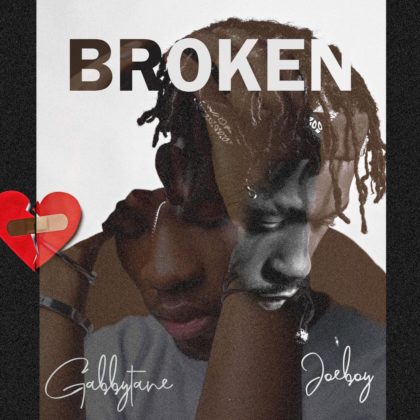 Agwu Gabriel (born on December 18, 1996) professionally known as Gabbyyane is a Nigerian singer and songwriter who hails from Lagos. He is one of Africa's young rising artists. GabbyTane studied at Ajayi Crowther University. Gabbytane is currently signed to AR Worldwide Music.

GabbyTane with his melodious vocals releases a new single Broken" featuring Nigerian Afropop singer Joeboy, produced by Vhrotex after the release of his first solo single of the year "Deja Vu".On "Broken" we find GabbyTane delivering a rich vocal performance

READ ALSO: Watch Joeboy Break Down the Lyrics for 'Alcohol' on Genius

LISTEN TO BROKEN BELOW:

Get on Digital Streaming Platforms