Nigerian singer, Fireboy DML has seen his hit song Peru climb back up to the no. 1 spot on the official UK Afrobeats Chart this week.

Fireboy's Peru displaced Burna Boy's Want It All at the summit of the much-respected UK Afrobeats chart this week. This news was shared via a Fireboy fanpage on Sunday, the 17th of October 2021. 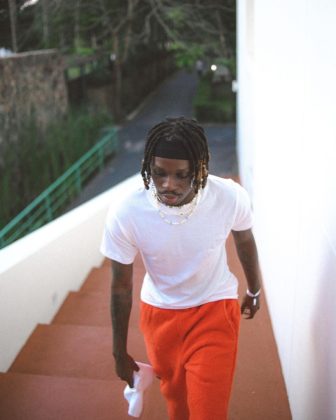 Fireboy released Peru in July and the song had caught the attention of music lovers around the world especially in the UK. Peru has been the no. 1 song on the Afrobeats chart before but got displaced when Burna Boy released his latest single, an afro-trap number titled Want It All featuring American rapper, Polo G.

Fireboy has now seen Peru take top spot again on the UK Afrobeats Chart, moving up two spots from its 3rd position last week. Burna Boy’s Want It All comes down to the second spot after an impressive run. NSG’s Petite and Wizkid’s Mood landed on the third and fourth spots respectively this week. Making its first appearance ever on the chart and straight into the top ten is Let Me Know by Kojo Funds which debuts at No. 8.

SEE THE CHART BELOW: 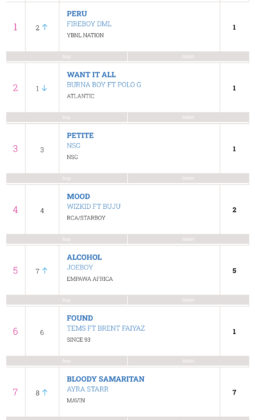