Nigerian-American actor and singer, Rotimi is set to drop his debut album, All or Nothing, and prominent on the tracklist is Nigerian pop superstar, Fireboy DML.

Rotimi announced the tracklist for his debut album via his Instagram page on Tuesday, the 24th of August 2021 and it features Fireboy DML. 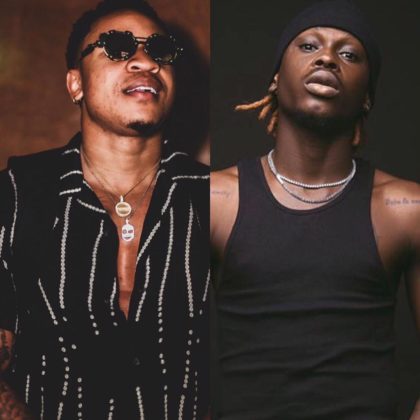 The 15 track album will also feature another Nigerian singer in Alpha P, who recently scored a feature on a Justin Bieber song. The album will also feature RnB legend, Tank, and young rapper, Yung Bleu. This is not however Rotimi's first body of work. He has dropped three EPs previously to wide acclaim. He has among his discography; Jeep Music (2017), Walk With Me, and The Beauty of Becoming (2019).

It's been two years since Rotimi gave his fans a body of work and he had decided to compensate this time with a full body of work. Rotimi's has also connected with his roots by featuring Nigerian acts like Fireboy DML and Alpha P on his debut album. He wrote on Instagram as he unveiled the tracklist;

The wait is almost over, #AllOrNothing is dropping this Friday! Salute to everyone who contributed to this project, we're coming with that fire 🔥🔥🔥. Hit the link in my bio to pre-save for instant access once we go live! 💪🏾#RotimiSummer