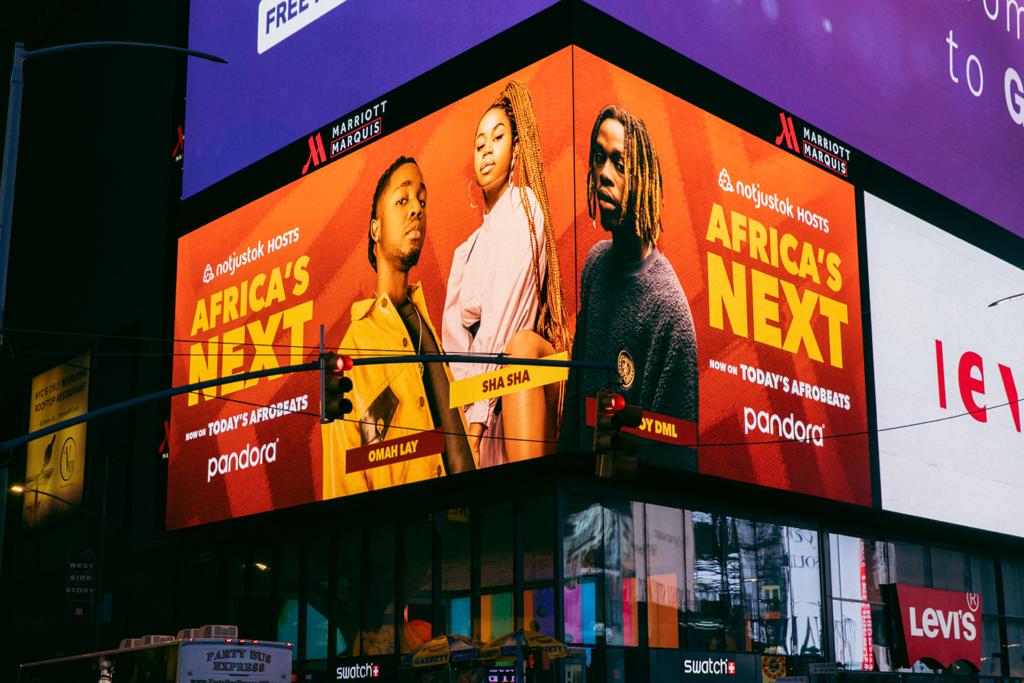 The billboard is part of the campaign for Pandora's Africa's Next radio mode hosted by Notjustok which will spotlight the new generation of African Artists such as Fireboy DML, Omah Lay, Sha Sha, Gyakie, Chike, and Others.

Omah Lay is the foremost Nigerian breakout act of 2020 with his debut EP, Get Layd, topping multiple charts for several weeks. Fireboy DML sits on a two-project strong discography that has been critically acclaimed and awarded multiple times. While Sha Sha has made a name for herself as the Queen of Amapiano.

These acts join the likes of Tems, Tiwa Savage and Adekunle Gold whose faces have graced international billboards in recent times.