Nigerian singer Fireboy DML has teased his fans with the possibility of an Asa collaboration on his upcoming album. 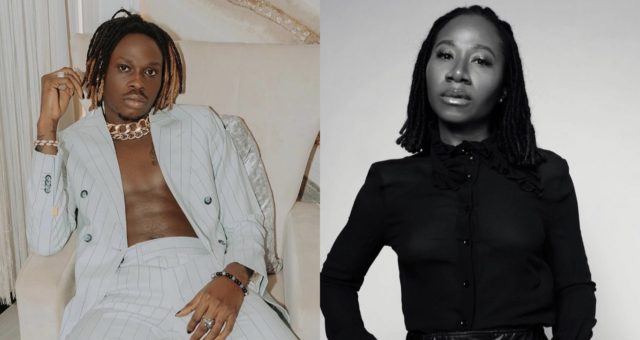 Nigerian sensational singer, songwriter, and performer Adedamola Adefolahan, popularly known as Fireboy DML, has hinted to his fans that there might be an Asa collaboration on the upcoming album.

In a series of tweets posted by the YBNL signee today, Wednesday November 3rd, 2021, the ace songwriter made it known that he has a song with iconic Nigerian songstress Asa. Although it is yet to be known if the song will make the album or not, Fireboy DML did confirm that they have a song together and he stated that the song is special.

Fireboy also paid homage to his record label boss and prolific rapper Olamide, who gave him a platform to showcase his talent in the music industry, in the tweets. 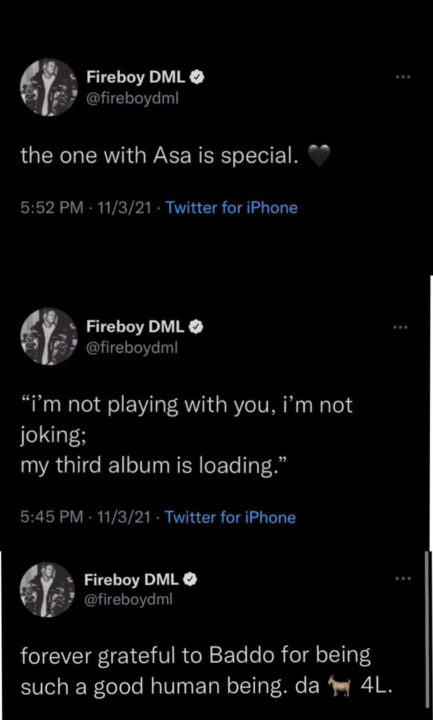 The highly talented vocalist announced his presence on the Nigerian music scene with a classic album titled "Laughter, Tears, and Goosebumps," released in 2019 and immediately won the hearts of many with the classic piece. Relentlessly, he followed with another album the following year, titled 'Apollo' in 2020, proving yet again that he was not a flash in the pan.

His third album, expected to drop this year, will make it three years of back-to-back projects from the prolific singer-songwriter if it drops as expected.