The debut album by Nigerian singer and actor, Chike, titled ‘Boo Of The Booless’ is currently one of the trending topics on Twitter. 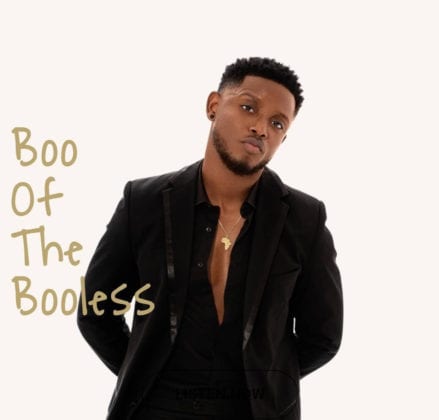 Twitter NG users have been sharing their views on the album after some users of the app referred to the album as a “perfect album”. A tweet from the Twitter account @Genius on the 14th of April asked fans to name a perfect album and the replies to the tweet saw Nigerians mentioning Chike’s ‘Boo of the Booless’ as a ‘perfect album’. The responses led to the beginning of conversations online regarding the album and it's now one of the trending topics on Twitter NG.

‘Boo Of The Booless’ was released on the 14th of February 2020. It consists of 14 tracks and features top acts like MI, Zoro and Ric Hassani.

Below are the opinions of Nigerians on ‘Boo Of The Booless’; 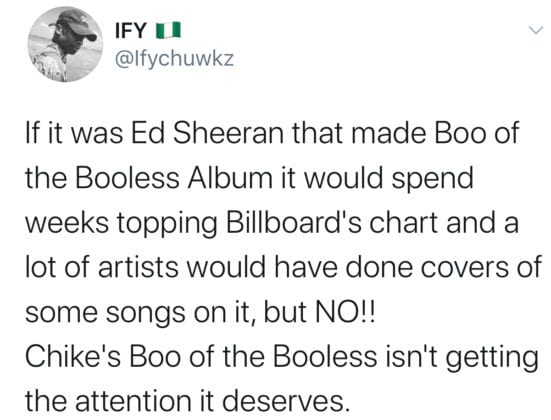 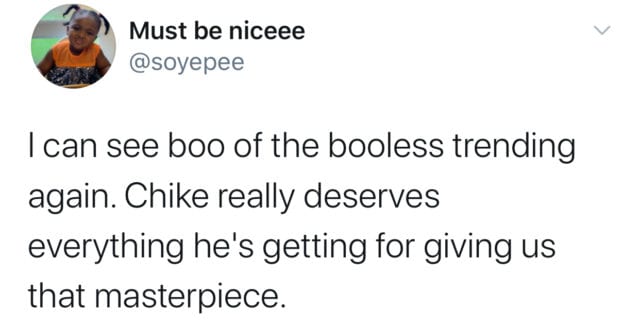 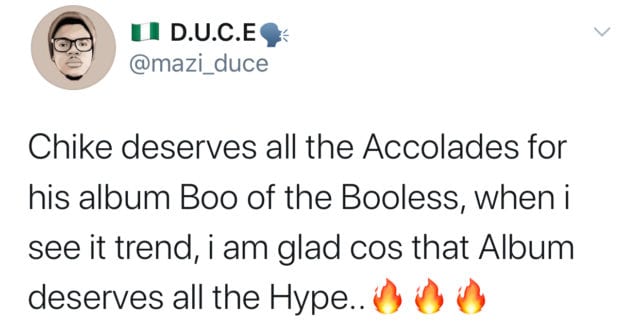 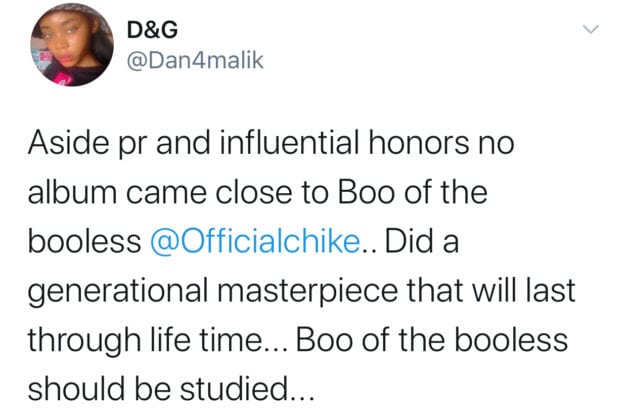 More opinions by Twitter NG users on Chike’s Boo of the booless album; 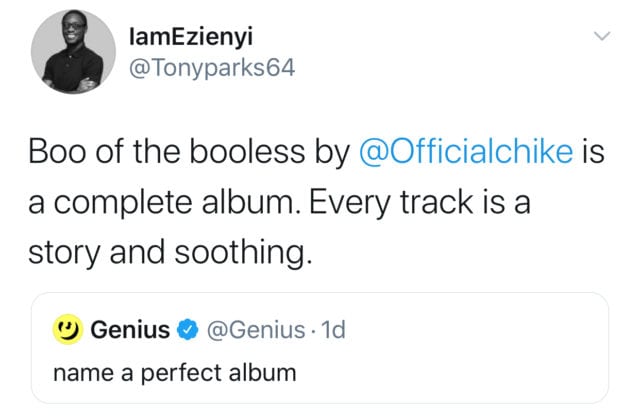 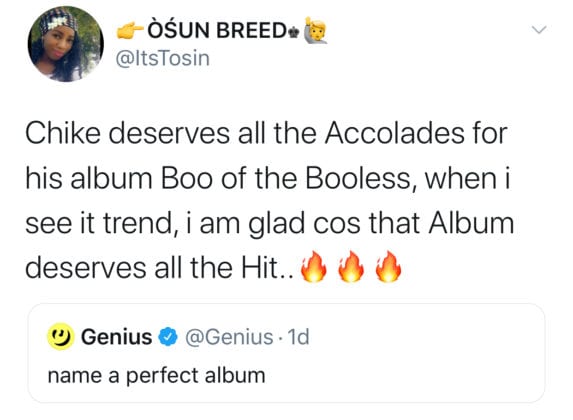 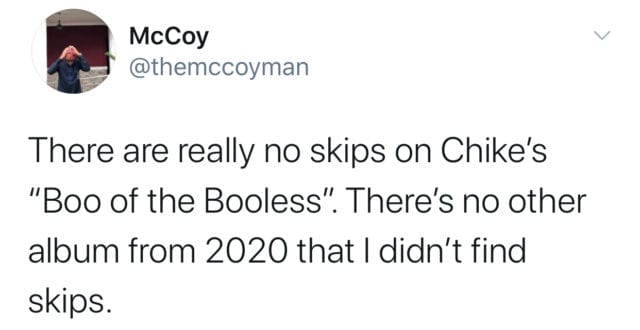 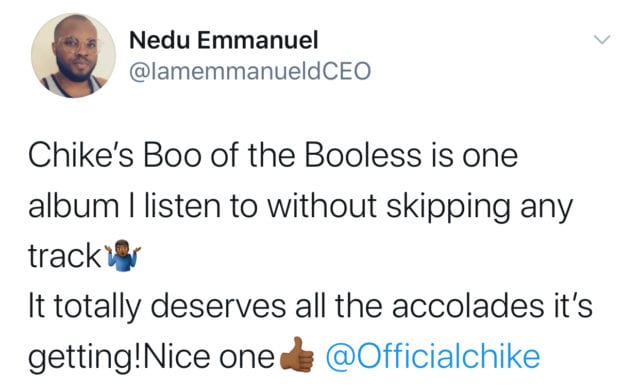 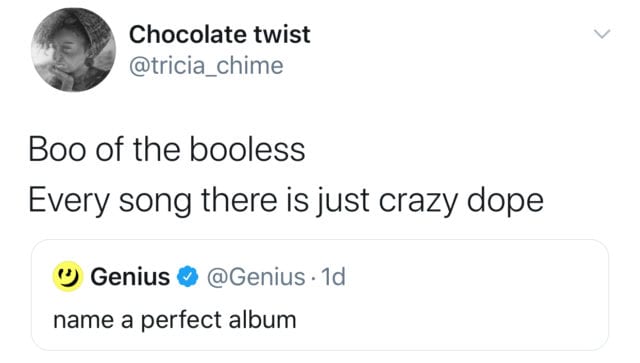 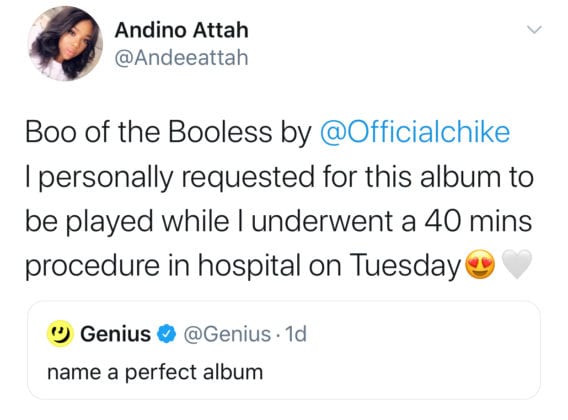 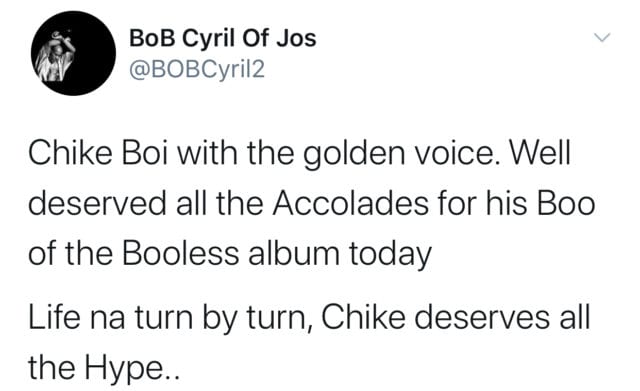 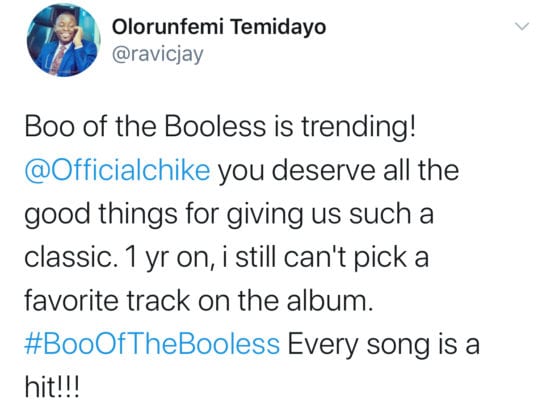