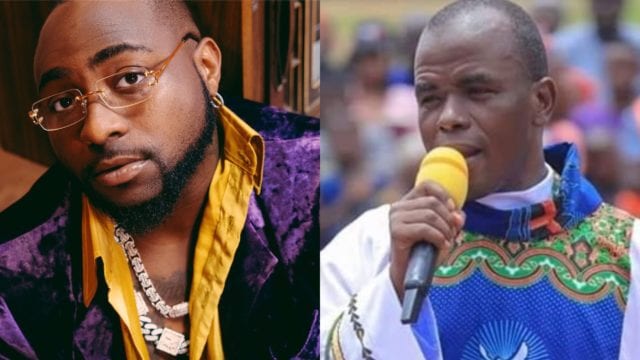 On the 5th of May 2021, Leadership News via their Twitter account tweeted about a protest staged by a large number of Parishioners in Enugu in response to the disappearance of Father Mbaka. The tweet;

Parishioners in large number have taken to the streets of Enugu to protest the reported missing of the spiritual director of the Adoration Ministry, Enugu, Rev Fr. Ejike Mbaka.

An upset Davido reacted to the above tweet by airing his view on the matter by sending out a tweet expressing disappointment in the Nigerian government and its supporters. Davido’s tweet;

God how did it get to this man !!! Any body supporting this government suppose go hell fire Walai .... it’s not even ridiculous no more it’s disgusting and evil !!!! https://t.co/3bIROsJrjs

Related: Olamide Receives “Made In Lagos” Gift Pack From Wizkid

Father Mbaka recently called for the impeachment of President Buhari over the rising insecurity in the country.