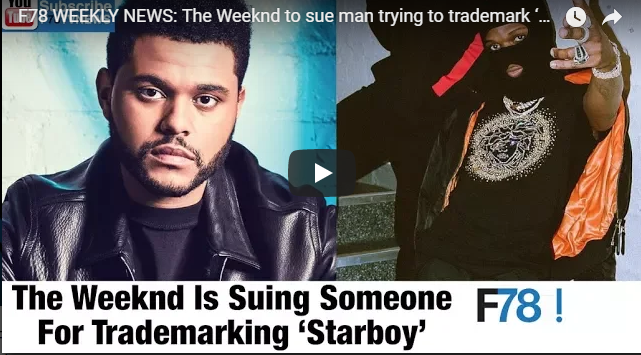 Here is this weeks edition of Factory78 weekly news featuring: The Weeknd Is Suing Someone For Trademarking ‘Starboy’, British-Nigerian Rapper Skepta Bestowed Chieftaincy Title In His Hometown, Conor McGregor seen leaving police station in handcuffs after backstage melee & London saw more murders committed in the city in February and March than there were in New York, figures show.

Finishing with Factory78tvs top video picks of the week featuring: