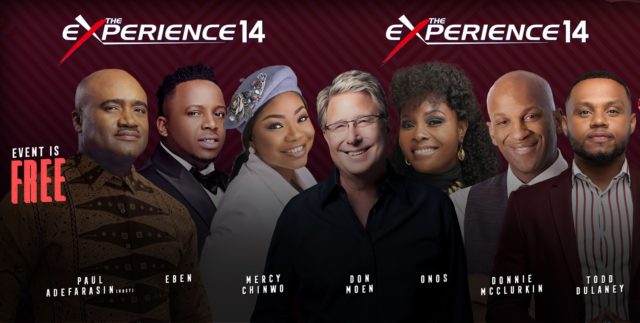 It is that time of the year again! The most anticipated inspirational gospel music concert  - The Experience Lagos is back and set to take over the city of Lagos for one amazing night of great, live music.
This year's edition is holding on Friday, 6th December 2019 at the Tafawa Balewa Square, Onikan from 7pm till dawn

With a superb line-up of gospel music’s finest and a packed schedule designed to thrill throughout the night, the 14th edition of The Experience 2019 themed ‘Let’s Worship Jesus’ is poised to live up to its famed reputation as one of the major highlights of this season’s calendar.

The Experience, as we know it today, began with a God-inspired vision in 2005 and has arguably become the biggest gospel music concert in the world as well as a favourite destination event for music enthusiasts from all over the nation, the continent and the world, where hundreds of thousands of people gather to worship and praise God from dusk till dawn – regardless of class, race, tribe, tradition, colour, religion or even the weather.

Conceived as a cultural event where every person can encounter God for themselves, with music as a conduit, The Experience has evolved into much more. A mixing pot for people in all levels of the society, this annual event also provides a massive boost to the Nigerian economic in a myriad of sectors including tourism, trade and commerce, aviation and transportation to name a few.

According its host, the Metropolitan Senior Pastor of The House on The Rock Church, Paul Adefarasin, “The Experience is a significant contributor to both our National and State economies through tourism and its associated businesses. Entrepreneurs have developed and birthed various enterprises, which substantially contribute to the economy in areas of human capital development, hospitality, commerce and industry.”

Regardless of its many benefits, people still throng to The Experience for one major reason – that is to have a divine experience, and this year’s edition promises a whole new level of intimacy with worship like never before. A concert that remains free for all, The Experience is a must-attend for one and all so get ready and brace yourself for an unforgettable night of pure exhilarating worship. 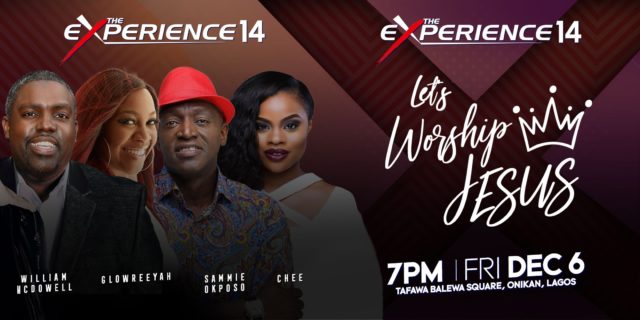 ABOUT THE EXPERIENCE
‘The Experience’, acclaimed for being the biggest of its kind, is a free all-night Gospel concert with exceptional gospel music featuring some of the most celebrated recording artistes of our time. This one-of-a-kind event was birthed by the Senior Pastor of The House on The Rock, Paul Adefarasin.

Now in its 14th iteration, ‘The Experience’, which debuted on Friday, December 1, 2006, has since been nominated for several awards including the Concert Of The Year (AMEN Awards) – 2007 and the Award For Event Shows / Programmes Of The Year (APPOEMN)– 2017 among others. This year, The Experience was awarded ‘The Corporate Event Of The Year’ by Most Influential People of African Descent [MIPAD] and The Event Of Excellence Award by African Gospel Music and Media Awards UK (AGMMA) among others.

With several hundreds of thousands of people in attendance from all over the globe, ‘The Experience’ Lagos lives up to its stellar reputation as the largest gospel concert held in Africa and arguably, the world.