Nigerian superstar, Wizkid's hit song with Tems, Essence has moved up ten spots on this week's update of the Billboard Hot 100 chart.

Wizkid and Tems' Essence peaks at no. 72 on the Billboard Hot 100 chart for the week ending July 24th, 2021. This is the song's second week on the chart, having debuted at no. 82 just last week. 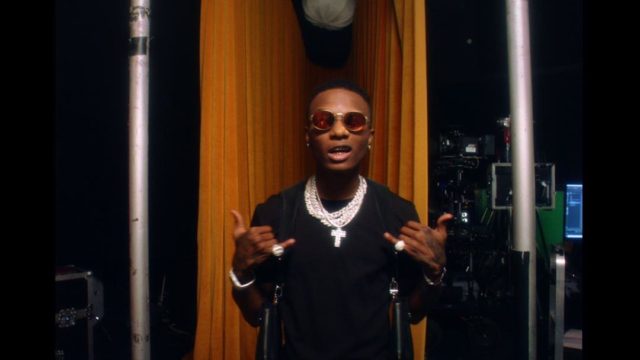 Essence by Wizkid featuring Tems is the first fully Nigerian song to make it onto the prestigious Billboard Hot 100 chart. Such is the massive growth of the song globally that within one week of its debut, it has gone up a further ten spots.

Essence is not however Wizkid's first entry on the Billboard Hot 100 chart. His feature on Drake's global smash hit, One Dance back in 2016 grabbed a no. 1 position in the same years and did so for months on end. His feature on Beyonce's Lion King album, the Brown Skin Girl song peaked at no. 76 back in 2019 when it was released.

Before the Hot 100 chart was updated today, Essence has grabbed yet another Billboard milestone being the first Nigerian song be no. 1 in World Digital Song Sales. The song was also featured on Billboard's 50 best songs released this year so far. Fans will definitely have a good time with this song at their various tour venues on Wizkid's Made in Lagos tour coming very soon. Top artists and celebrities that have recognized Essence so far on social media include Snoop Dog, Saweetie, Kevin Hart, and Kylie Jenner.