Nigerian talented rapper, Erigga has crowned himself the best rapper in the Nigerian music industry. 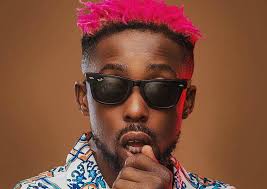 The rapper took his Twitter page on the 28th of September to let the public know that he is still very much in the game and the best at it by stating that he will praising himself since no one is doing that for him.

I am still the best rapper the streets have ever heard sha...make I blow my own trumpet since una.. dey fear to blow or mouth dey pain una.

I am still the best rapper the streets have ever heard sha ... make I blow My own trumpet since una dey fear to blow am or mouth dey pain una #areatotheworld

The rapper carried on to say that although he made over 25 million streams from his last album in 2019 named 'The Erigma2', his song did not get as much publicity as it should and according to him, that might be because he does not participate in giveaways.

Over 25million streams for a proper rap album since 2019 #theerigma2 but as I no dey share money give una for industry una no go loud am 😂🤣... #fake

Erigga went further to highlight the hate in the industry and promised us of a stronger return in two months to this post which is November.