#ENDSARS: "It's far from over" - Davido speaks on disbandment of SARS

Davido has reacted to the disbandment of the Special Anti Robbery Squad, SARS and according to him, the issue is barely over. 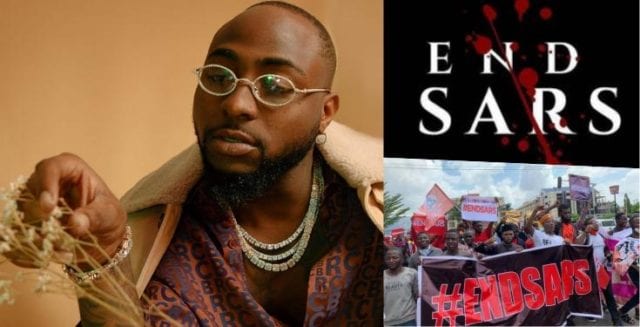 The FEM singer posted on Twitter after the announcement of the disbandment of SARS stating that the issue is not over and while they're trying to disband, the "rogues" responsible should be justice for the lives lost should be met as it should.