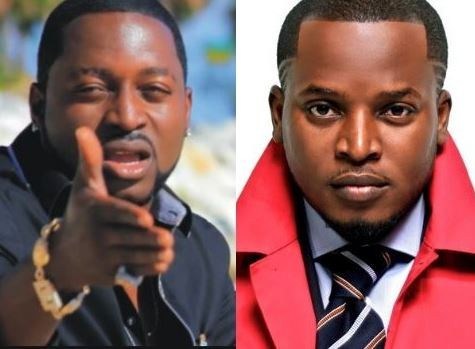 On the 5th of March, Nigerian Rapper and host of the Nigerian-American Podcast, Lanre Dabiri popularly known as eLDee called out his fellow colleague, Olu maintain for performing his hit song, Big Boy, on stage during his (Olu Maintain) music tour in Manhattan, New York on Monday.

This was after Olu Maintain posted a clip of his performance on Instagram where he performed Eldee’s 2008 single ‘Big Big’ from eLDee’s 2008 ‘Big Boy’ Album. This post received a lot of reactions but the one that stood out the most was eLDee who uncontrollable spilled how he felt, slamming Olu Maintain for being “shameless” to perform a song after trying to steal it years ago.

“This shameless nigga out on stages performing my songs like he created it. I still remember how he tried to steal the record after I put him on it, forcing me to put it out prematurely.

“Nigga ran off with the unmastered draft and went to print CDs with himself as the lead artist, even his verse was written by me #Appropriation #getyourownshit Lesson to young artist Don’t ever do pity features,”.

This outburst was not well received by many especially fans of the Yahooze singer hence the rapper had to take down the comment and apologized on his Instastory that his comment was out of character but that wasn’t done without eLDee hinting that there is a whole lot that happened in the industry but he never got to tell.

“The last post was out of character. If you know me, you know that I don’t usually sweat shit like that. Sorry if I offended you but I have a lot of stories I never got to tell about the shady nonsense I kept quiet from in that industry. #NigerianAmericanPodcast #NewEpisodes #ComingSoon,”.

‘Big Boy’ by eLDee was released in 2008 in ‘Big Boy’ Album and it featured Olu Maintain, Oladele and Banky W was a hit when it was released