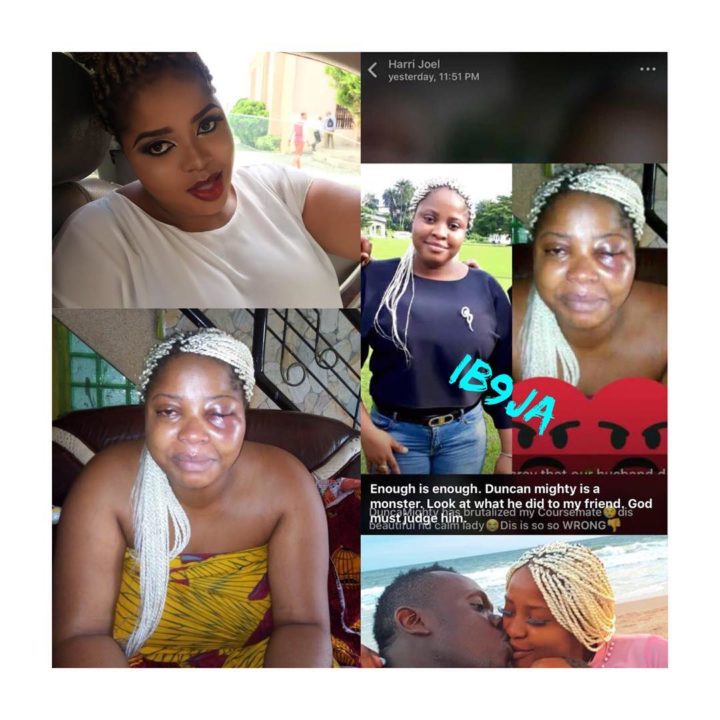 Yesterday August 20th, Port Harcourt singer, Duncan Mighty was accused to have battered his wife, Vivien Okechukwu whose face was a clear evidence of abuse but the singer hasn’t accepted the responsibility of the accusation.

The photo of Duncan Mighty’s wife found its way to the internet through the wife’s coursemate, Harri Joel, who called out the artiste, saying;

“Enough is enough, Duncan Mighty is a monster, look at what he did to my friend”

After the alleged abuse, which supposedly took place after shooting his video with Davido in Port Harcourt, Rivers state on Saturday, the artiste was reported to have returned to Lagos and contacted his wife to reprimand her for sharing the photo of her battered face with her friend.

The artiste has finally responded to the accusation in a statement on Instagram that doesn’t strongly deny the action rather he talks about a construction business which we don’t know if it’s literal or a literary explanation of the act he’s being accused of. 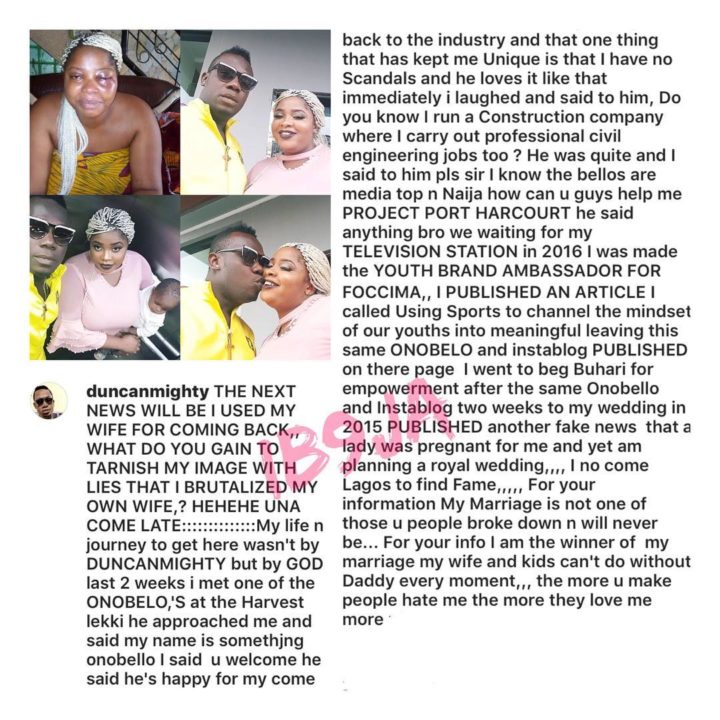 The last sentence in this statement sounds confusing, it sounds like the artiste bragging about his act, but then, whoever can decode the message perfectly should do so and let us know in the comment section below.