Did You Know Burna Boy Is On The Queen And Slim Soundtrack? | Listen 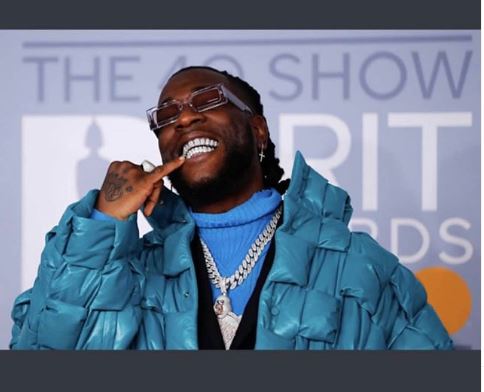 Following his recent internationally acclaimed success, his lyrical genius and the politically charged subject matter of his songs, Burna boy is among the range of talented artists to be featured on the soundtrack of Queen and Slim, the much-anticipated Hollywood thriller.

“My Money, My Baby”, is Burna Boys standout solo track which sampled the beat from Fela’s “Shakara”. It was played in the scene after Queen and Slim had officially been tagged “criminals on the run”. With the lyrics “Dem don hear one story, Dem no see one 'tory, Read am for newspaper, See am for television, Dem hear am for radio, Dem talk am for radio, Dem talk how sey, I don kill person start to dey japa” the song is a perfect inclusion to get your heart racing and wondering what life had in store for the young black couple.

Embedded in the movie is the overarching message of love, grief, survival, pain and fear. It is one of discovery, desperation and humanity which is also strongly represented in its soundtrack. Showcasing the range of talent across Black artists with a compelling blend of genres, the soundtrack features a 16-song EP with tracks by Burna Boy, Ms. Lauryn Hill, Lil Baby, Vince Staples featuring 6lack X Mereba, Tiana Major 9 & EARTHGANG, Coast Contra featuring BJ The Chicago Kid and Syd, plus classic songs by Roy Ayers, Bilal, Mike Jones and others.

Queen & Slim is a Universal Pictures production and it recently premiered in Lagos, welcoming a host of A-listers including English actor, Oscar nominee and lead actor of the movie, Daniel Kaluuya, as well as GRAMMY®-winning director and director of the movie, Melina Matsoukas.

The movie is a powerful, consciousness-raising love story that confronts the staggering human toll of racism and the life-shattering price of violence. Directed by GRAMMY®-winning director Melina Matsoukas and written by Emmy®-winning writer Lena Waithe, tells an emotional story of a black man (Daniel Kaluuya) and a black woman (Jodie Turner-Smith), whose first date takes a dramatic turn of events that affects their lives in unthinkable ways.

Listen to My Money My Baby, here