Diamond Platnumz Turned up for the #BETAwards in Full Swahili Garb

Tanzanian superstar, Diamond Platnumz was present at the 2021 BET Awards, and he did it in full Swahili attire representing his native culture. 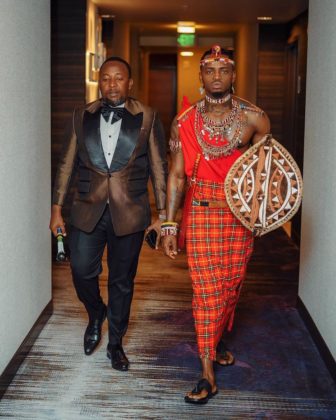 The singer shared photos of himself on the way to the show and on the red carpet via his Instagram page on Monday, the 28th of June 2021. In the photos, Diamond Platnumz looked quite regal in his full Swahili outfit on the way to the award show with his entourage in tow. He also shared a photo of himself on the red carpet and wrote, "Always representing #SwahiliNation #Africa"

Diamond Platnumz was nominated in the "Best International Act" category at the BET Awards, which Burna Boy won. He took his time to thank his people back in Tanzania for their support, stating that it was just the start. He wrote;

Through this award I have seen how much Tanzanians have unity, love and appreciation for us ... I thank each and every one of you for the great love you have shown me ... And I believe that sometimes we will carry it ... I will be comforted tomorrow and the next day another artist will also be in the matter of representing the Nation give us strength as you have given me .... sis is #SwahiliNation we are a Swahili Nation 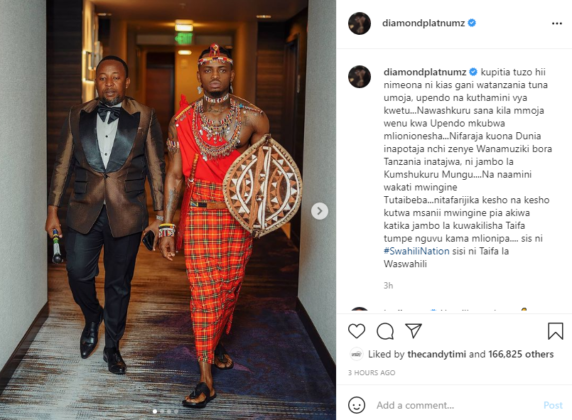 Diamond Platnumz was nominated alongside Nigeria's Wizkid and Burna Boy (the eventual winner) for the 2021 BET Awards Best International Act. The other nominees in the same category include Ayanakamura (France), Emicida (Brazil), Headie One (UK), Young T, and Bugsey (UK), and Youssoupha (France). This will be the third time Diamond Platnumz has been nominated for the BET Awards. The singer was nominated in 2014 and 2016 but did not win either of those instances as well.