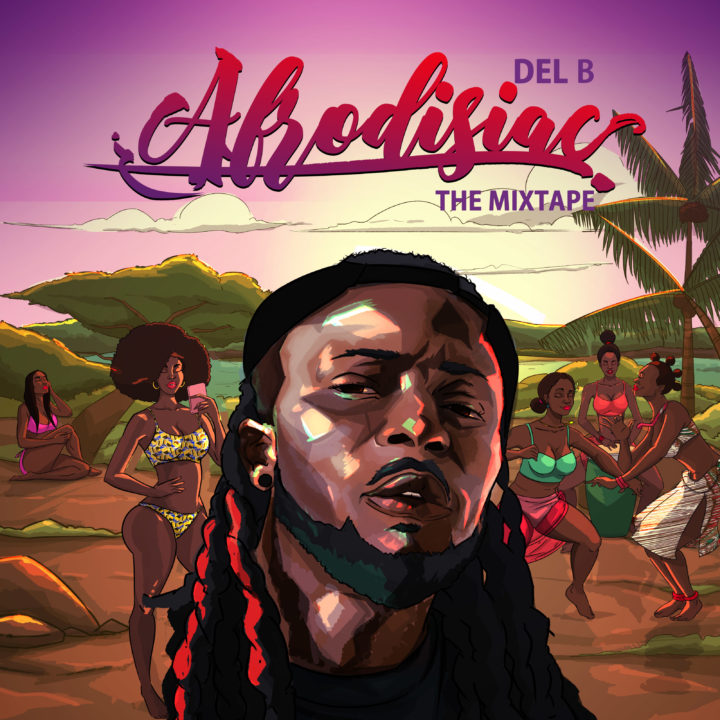 Afrodisiac (The Mixtape)is a collection of urban African grooves in a number of sonic variations leaning on the sensual exchange on the dance floor, you want to dance and you want to make love at the same time.

It’s a diverse collection of “international – African” vibes that you want to woo your love interest to.

This will be the first body of work of prolific Nigerian stellar producer, songwriter and singer - Del B, who has been marking his fingerprints on the African music scene for years from behind the scene through a good number of hit songs with some of your favorite stars.

In the last 3 years in between developing upcoming talents and working on records with the big stars, Del B has managed to introduce his recording artist side to the scene of things with well received singles of his own heralded by his more famous colleagues, spun richly on radio and cable TV across the continent and great feedback from various parts of the world including South America and the Caribbean and now he is releasing this (project) as a first of a slew to come.

Some you can slow dance and grind to, some cuts you can waist whine to and some you can bust fancy homegrown hand and legwork moves to.  A short playlist of African dance tunes as inspired by and dedicated to beautiful exotic women of the motherland and world at large.

Del B also nursing a sense of corporate social responsibility wants to push positive statements and impacts on the back of his releases. He has chosen on and via this project to speak against the social ill of sexual assault of women, calling for higher respect and consideration for the safety of women in both private and public spaces of fun fare.

“A lot of the music we enjoy are inspired by the love and attraction to beautiful ladies. They’re the life of every party, we want to see them we want to be with them.  So it’s heartbreaking that any woman would get harmed by anybody for the same things that attract us to them - too many stories of rape and assault. We need to do better, we need to protect our sisters” - he quotes.

And to this end Del B will donate some of his own proceeds from the sales of the mix-tape to a foundation supporting victims of sexual assault in an initiative his team terms ATM - POS (Afrodisiac The Mixtape - Protect Our Sisters).

He is putting his money where his mouth is in hopes of amplifying the message with more impact and to serve as a bright example to his upcoming colleagues, fans, supporters and listeners.

The mixtape comes out March 13th to precede a list of his other projects for the year.