#DecodingIre: Adekunle Gold Reveals Who Busayo Is In IRE

The present hit track of Adekunle Gold, Ire, is receiving a lot of positive feedback, but one question some people continue to ask after watching the video of the song is "who is Busayo?" 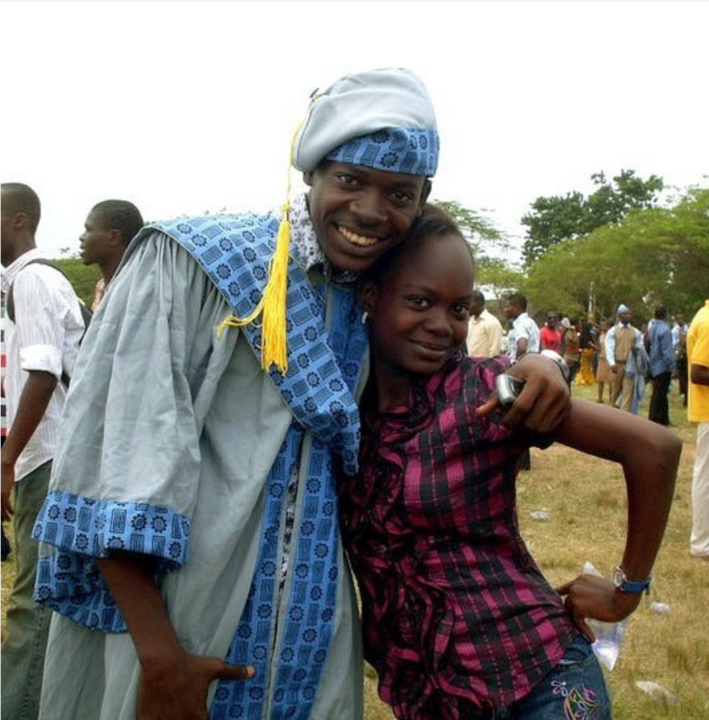 After a brief silence, Adekunle Gold has finally bulged to the curiosity of his fans, letting the cat out of the bag by revealing that Busayo whom he dedicated the masterpiece, Ire, to the song is his late sister who was his number one fan, sticking to him and cheering him up no matter what.

To Adekunle Gold, it is only right to dedicate this song to his this sweet sister of his who died at a very young age from a heart complication in 2011. 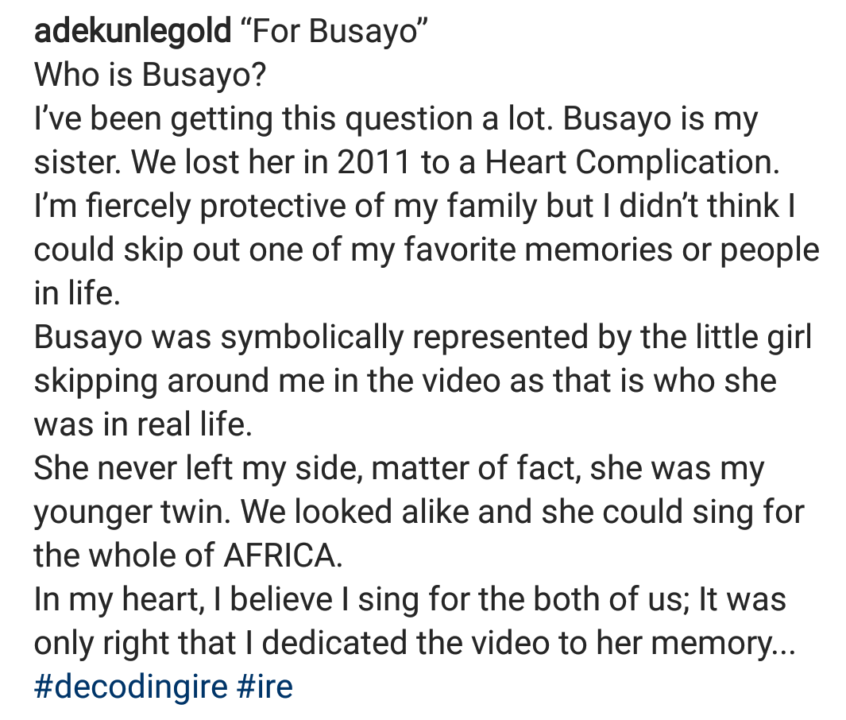 Guys, who were you thinking was Busayo??