Davido’s lawyer, Bobo Ajudua, has penned a lengthy tribute to mourn the death of the singer’s photographer, Fortune Shotz. 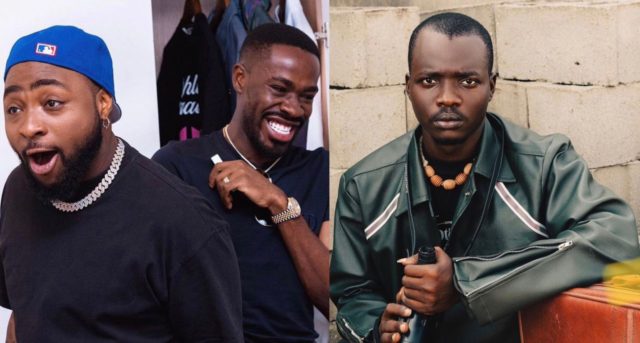 Davido‘s lawyer, Bobo Ajudua, has penned a lengthy tribute to mourn the death of the singer’s photographer, Fortune Shotz, who died on Tuesday, September 21, 2021.

Fortune Ateummuname, who was Davido’s main photographer, was pronounced dead after an accident when trying to twist awkwardly during a shoot on Tuesday.

Until his death, Fortune, who hailed from Imo State but grew up in Bariga, was the brain behind a lot of Davido’s iconic photos. He took a lot of iconic pictures of the singer, both at concerts and in person.

Bobo Ajudua, who took to his Instagram page to post a photo of the 24-year-old creative and accompanied it with a lengthy tribute. He wrote:

I’ve been asking God why. But the real question is why do we continue to take each day for granted knowing we can be called at any time. Fortune, our brother, our friend. Our very own personal ninja Photographer, I can’t believe you’re gone.

One so young, so hard-working, so God-fearing, so daring … gone so soon. You would literally endanger your life to get the perfect shot. I am literally replaying multiple scenes of us yelling at you ‘Fortune noo!! You can’t climb there!! Fortune are you crazy?! Get down from there!!’ on almost every single outing we had. Your dedication and bravery were second to none, and this was shown right to the very end. Of memories, you have left us thousands.

Many in the form of picture links we are yet to even open. Gone but God KNOWS you will never be forgotten. Thank you for all you did in your time with us. You truly served and inspired like no other. And thank you for all the amazing memories you helped me capture personally. You truly shot it ALL. It really hurts, but I know you are looking down at us from a better place right now. RIP @fortunateumunname. Love you always brother. Till we meet again. #FortuneShotItAll.