Yesterday the 4th of November, Nigerian music star, Davido held a birthday party for his son, David Ifeanyi Adeleke as he turns a year old. 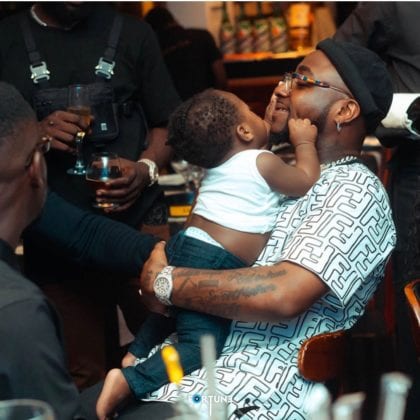 Davido and his son, Ifeanyi

Ifeanyi was born on the 19th of October 2019 to Davido and his fiancee, Chioma Rowland.

The party was a lavish yet private affair that was done up in stylish but fun decor. There was a bouncing castle, several playpens, and DJ deck among other fun attractions. It hosted friends and family of the couple as well as members of the DMW crew and house staff.

While Ifeanyi  didn’t make an appearance online, his mom Chioma served ‘mini me’ goals with a video of them wearing matching sneakers.

Davido and Chioma got engaged in 2019. According to Davido, they would have gotten married this year but had to postpone due to the coronavirus pandemic.

Happy birthday once again to Ifeanyi from us at Notjustok.