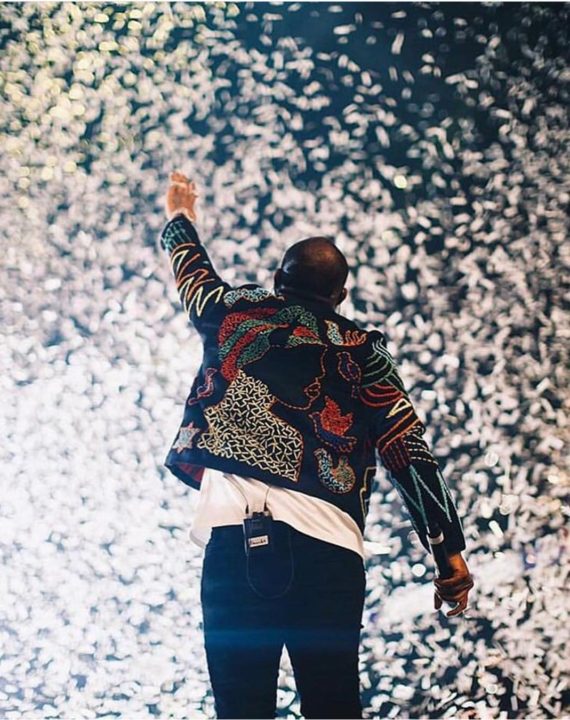 Shutting down the O2 Arena has brought more international attention to not just Davido but also on Afrobeat, a music that seems to be of great interest to the world, but requires no rocket science to figure out why considering the number of lovers it has worldwide.

UK media station, Channel 4 recently had a chat with Davido and in the interview, Davido spoke about the growth of Afrobeat and the need for every Nigerian to be politically conscious.

On Afrobeat, he said;

"Entertainment has been a saving grace for us in Africa. It has been the only thing we can look at in Africa and smile... I'm not a politician but what I was really saying at the MOBO is that they're a lot of things happening back home that I feel like it's not right. If I was in their position there's a lot of things I would've done differently.

Davido also talked about some of his assets, one of which is his first property in America which he bought in his early 2000s.

"I bought that house when I was 24... I'm the only African in that neighborhood. So I moved in and two days later, I heard a knock, men like  detectives and they searched the whole house, they asked what I do and all"

Explaining all of these, Davido apparently didn't see the scenario as an offensive one, which prompted the interviewer to ask why considering this kind of curiosity are usually directed to young black successful men. In response, Davido said;

"I won't say it's racism because that's how they've been brainwashed to think. I've lived in the western world and I've lived in Africa and I understand why Africans will be angry and I also understand why the Americans will act that way because living in America You're brought up to think Africa is a no-go area while in Africa, we're brought up to think these people took everything from us and I feel like that's something we have to fix."

Speaking on politics, the singer revealed that he might not be involved in Nigerian politics one hundred percent,  but he's ready to ensure that the votes of Nigerians are defended with his Defend Your Vote campaign.

"You know you've made it big when Hollywood superstar, Idris Elba is such a big fan that he's more than happy to announce your arrival??" @davidoofficial on #4News ?? . . #davidoliveatthe02 #Davido #Notjustok