Another Album? Davido, Skiibii, and Others Storm Kizz Daniel’s Studio

Kizz Daniel welcomed special guests in his studio, as Davido and Skiibii paid a visit to the Barnabas crooner. 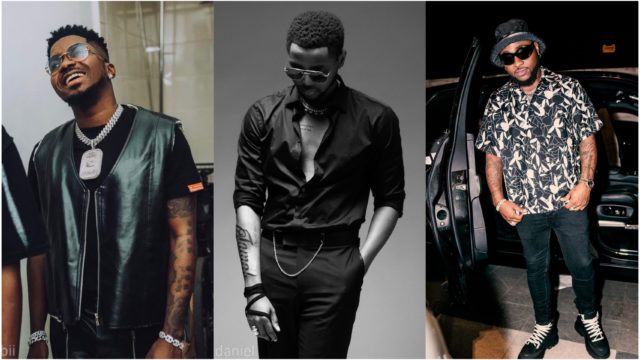 In what seemed to be a studio session on Tuesday, February 2, 2022, Vado The Great welcomed the 30 BG boss ‘Davido’ alongside the ‘Baddest Boy‘ singer, Skiibii, and also Masterkraft and Flavour.

It seems as though Kizz Daniel has zero plans to slow down in 2022 after the unprecedented success of his EP ‘Barnabas’, which was released in November 2021. The 7 track EP has propelled the concept of an Afro-classic sound to greater heights.

With Mastercraft in the studio session alongside Davido, Skiibii, and the ever-dynamic Flavour, we can say categorically that whatever Kizz Daniel is cooking is set to take the idea of Nigerian music to the next level, and we most definitely can’t wait.