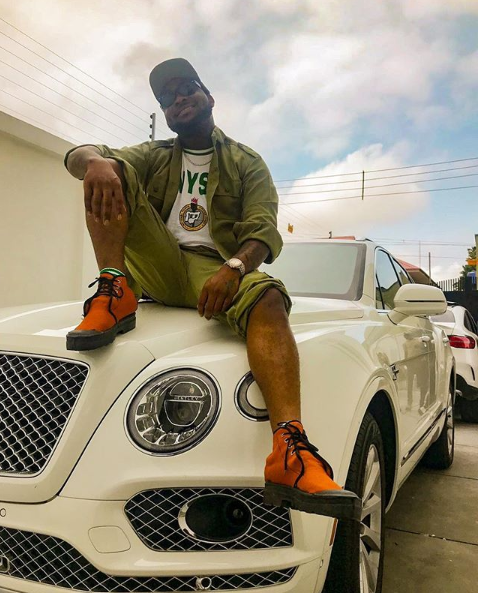 Nigerian pop star, David Adeleke popularly known as Davido has revealed that despite his fame, he still wants to do some things the right way as he announces plans and actions already taken to start the mandatory national youth service every graduate in Nigeria is meant to go for.

The singer made the announcement via his Instastory where he stated that he just registered for the National Youth Service Corps to go for the three weeks orientation camp.

Also on Instagram, Davido posted a photo where he is wearing his NYSC kit with the caption;

While making the announcement on his Instastory, one of his friends whose face wasn't revealed laughed at him and the idea of him going for service, saying a separate account for the monthly allowance given to him by federal government will be created because the singer won't have any need for it.

This seems like a great move to a completion of his educational journey in Nigeria and considering hints Davido has been dropping concerning marriage to his girlfriend, Chioma, this might just be one of the many steps the singer wants to take before he gets to thirty; the age which he had announced he'll be retiring as an artiste in Nigeria and maybe the world to  focus on other things.

We wish you good luck on this journey Davido, hopefully you'll be posted to DMW for your Primary assignment.

But come to think of it, will Davido stay in camp considering his Locked Up USA Tour which is starting today, the 28th of August 2018 and will last till September 20th?