Davido & Peruzzi Apologize To Pamilerin For THE Slap 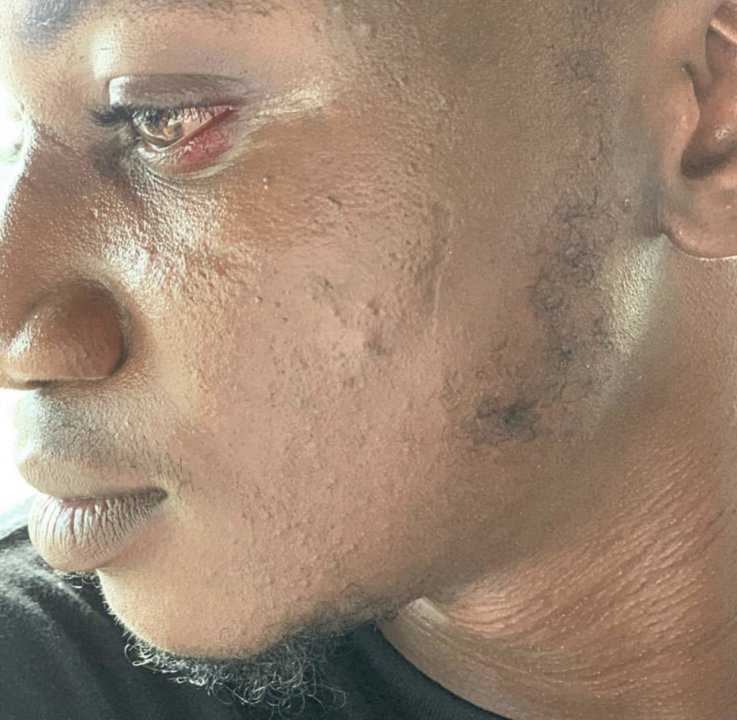 Nigerian pop singers, Davido and Peruzzi have apologized to a Twitter influencer, Pamilerin for the slap he got from Peruzzi yesterday in Bayelsa.

Earlier today, Pamilerin announced on Twitter that he was slapped by Peruzzi over a tweet he posted in January 2019.

In January, Pamilerin had tweeted that Peruzzi should sing a song without featuring an artiste. He said; 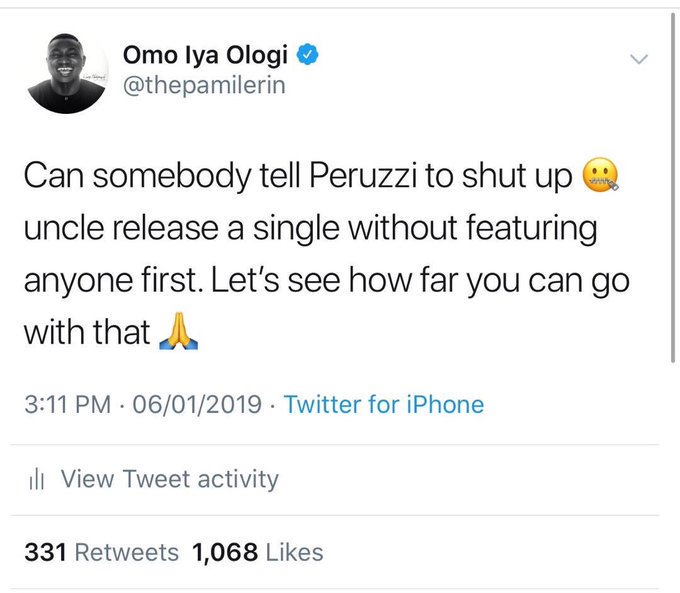 Fast forward to June, Pamilerin has received a slap from Peruzzi for that tweet. A slap he announced and confirmed by this Instagram post below after he tweeted;

The worst has happened to me but there will be hearing from me shortly and surely. Don’t Forget. #TheresStillFreedomofExpression #DontForget 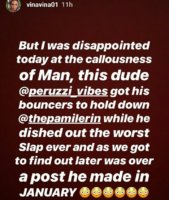 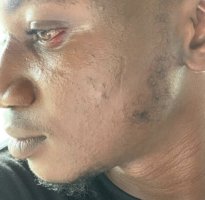 This incident was followed by a lot of reactions from social media as people criticized and laughed at the incident. With these reactions, Peruzzi has tendered an apology to Pamilerin on Twitter, admitting how wrong he was to have allowed himself to be led by emotions.

Davido also apologized on his behalf, stating that while Peruzzi was wrong laying his hands on Pamilerin, people should know that artistes are humans who  shouldn’t just be  insulted as pleased online. 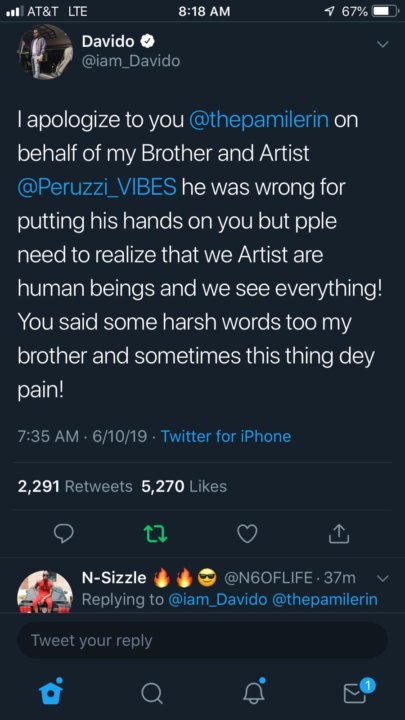 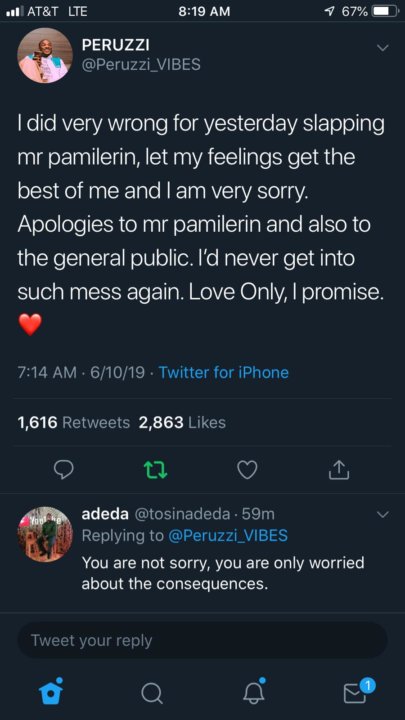