Davido was present at Old Trafford last night as he watched Manchester United's win over Atalanta in the Champions League and we have the videos.

In the videos, Davido was having a good time as Manchester United came from behind to beat Atalanta in their Champions League group match at Old Trafford. The videos were shared via Instagram on Thursday, the 21st of October 2021. 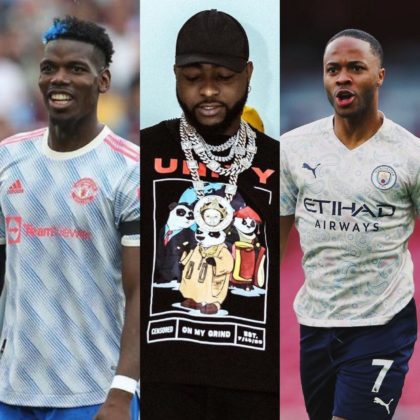 Davido was at Old Trafford with his crew yesterday to support his club, Manchester United as well as his idol, Ronaldo. United started the game quite terribly going down two goals behind to the visiting time before halftime. However, an inspired resurgence in the second half with three goals from Rashford, Maguire, and Ronaldo himself meant the home side finished with all three points.

One of the videos shared show Davido and his crew going entirely ballistic in their Old Trafford VIP box when Manchester United grabbed their winner through Ronaldo. After the match Davido linked up with United midfielder, Paul Pogba who is a very good friend on the singer. He also linked up with Raheem Sterling who plays for United's bitter local rivals, Manchester City.