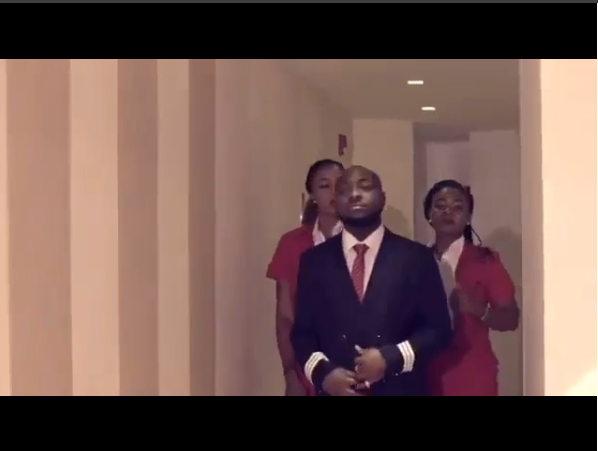 Award-winning Nigerian singer, Davido has taken a new turn in the Nigerian entertainment industry by branching into movies.

The singer was seen in a new Nollywood movie where he played the role a highly skilled commercial pilot which happens to be the younger character of the lead actor, who's an oil mogul.

This seems to be the trend in Nigerian music industry as the likes of BankyW, Ikechukwu, Vector, 2Baba and much more have tested the acting water and now Omo Baba Olowo has joined the list, but not forgetting to remain the Olowo that he is.

Another Nigerian singer that star in this movie is Majek Fashek whose music career Davido tries to revive.

Do you think there is a path for Davido to tow in this field or this is a one-off he shouldn't go back to?

Watch and let us know

Happy birthday Captain Hosa ! I love you! And I thank you for everything you have done for me and my career!! Long life!!!!! ❤️❤️ #Mymentor