Nigerian superstar singer, Davido has explained in a new interview at the Power 106 FM how he met Nas and Hitboy, and made the song Birthday Cake in one day.

The song Birthday Cake featuring Nas and Hitboy was included on Davido's latest album, A Better Time - The singer revealed this in an interview at Power 106 FM which was uploaded via their Instagram page on Saturday, the 7th of August 2021. 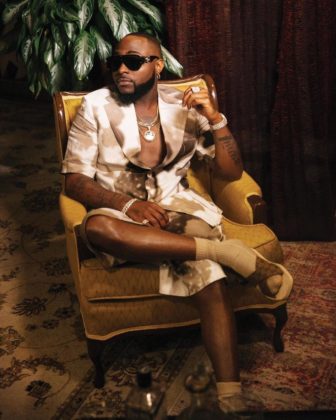 Speaking to Power 106's DJ Carisma, Davido went into the process behind the making of his latest album. He revealed how he made the international collaborations on the project happen. Davido said he was on a recording camp with Hitboy when he met with Nas as they did the song there in one day. In his words;

Funny enough, I was just in the studio. He had a recording camp and I was in the studio. Then I was walking through the bathroom and saw Nas, so I walked up to him. He was like, Yo you Davido? Then Hitboy just hooked it up, and we did the record in one day. A lot of things on this album have happened naturally and I feel like when you're making music, that's something that really has to come to play.